I woke up feeling ok, I got a good night’s sleep, glad we slept here at home rather than camping or getting a room in Oakridge (Thanks Alan Bennet for that bit of wisdom).

The first lap went really well, my goal was to average better than 5 miles an hour and though I haven’t uploaded the stats yet, my first climb was much better than I’d hoped. My entire first lap was fast and I had a ton of fun. On the climb I wound up watching a lot of people roll away from me, but by the time we got onto Tire Mountain I started catching people who weren’t as strong as I am on single track. The first lap time was just about 6 hours and felt way shorter than it should have.

The second lap on the other hand was not fast. After a quick cool off at the Aid station and a rather pleasant roll along North Fork trail, we hit the road 1910 and the climb from hell. My legs were toast and I was crawling up the climb at about 2-3 miles an hour. By the time I started the climb it was just afternoon and the temperature had crept up over 90 degrees… I was slowly baking alive and ran out of water way before the water station halfway up the climb.

The Puff organizers have a couple of angels patrolling the road in a pick-up with a water sprayer dousing anyone who wants it. They met me about 3 miles in and I took a long, cool shower in the middle of the road… It was amazing and kept me cool until well after the water stop. The rest of the climb was less suffering from heat and more about just pushing my burnt out legs up and down until Aid 2 where Mic Coleman and some other awesome people gave me electrolytes, chocolate milk, and I refilled my bottle with Perpetuem. Then I made the final push up to Aid 3, where Olivia was waiting and teased me with the idea of giving up.

I didn’t stop at Aid 3 long and pushed on, then about 5 minutes up the trail on a hike-a-bike section I stopped and sat down and contemplated turning back for a long time. Three people rolled past me and finally I decided I would just take the rest of the race 1 Aid station at a time. If I could just make it back to Aid 3, then I’d take inventory and see if I could make it to the next Aid station, etc.

And so it went, I had a good time descending Chrome Toilet and since my legs were rested the climb back out was tolerable. The climb and descent on Sourgrass Meadow and Jedi were even better. By the time I was at Aid 2 again, there was no question I could press on and I had plenty of time even if I walked most of the climbs.

But I didn’t. I spun up most of the climb after Windy Pass, I slowly ground my way up Cloverpatch (and even passed someone!) and the descents down Tire Mountain and Cloverpatch were amazing. Road 130 was miserable as expected, but I pedaled the whole thing in spite of twinges from potential cramping. Then, near the top of the switchbacks above Road 130, the guy I passed on Cloverpatch nearly caught me which lit a competitive fire in me and it was full game-on.

When I hit the road that feeds back to Buckhead shelter I stood up and sprinted up that stupid little climb. But I was fighting cramps back and got some full on cramps and had to walk them off… but then after cramping I changed strategies. Knowing how close I was to the finish I just doubled down my efforts. I stood up on nearly every climb in the last 6 miles (Thank god I trained so much on the SS)… and I tore up the downhills. It was awesome. The final 6 miles were glorious and amazing with some epic views, blazing fast descents, and 100% pure fun. It was a fantastic way to end the day.

Getting that hat was onerous, having a huge smile on my face when I got it was epic.

Finally… thanks to my awesome wife who tolerates my adventures and is the best pit crew ever.

Hopefully nobody noticed, but Ogrehut has moved to a new (virtual) server. I’ve also migrated the trail guides to a different architecture which affects the layout a bit and makes them easier to host and migrate. What this means is the Ogre’s Trail Guides are likely not going to be updated too much, but I can keep them around for a long time without much effort.

If you are interested in the finer details, I’ll be putting a post about it on my nerd blog soon.

Every year prior to MBO, Oregon Adventures puts on multiple guide training days where all the new guides can learn the ropes and learn the trails, radio use, and other techniques the MBO guides use to ensure everyone is as safe as possible during the event. The big one is called Guide Day and usually involves a big shuttled ride to one (or two!) of the premier trails in the Oakridge area. This year it was “Chrome Toilet” and the world renowned Alpine trail. 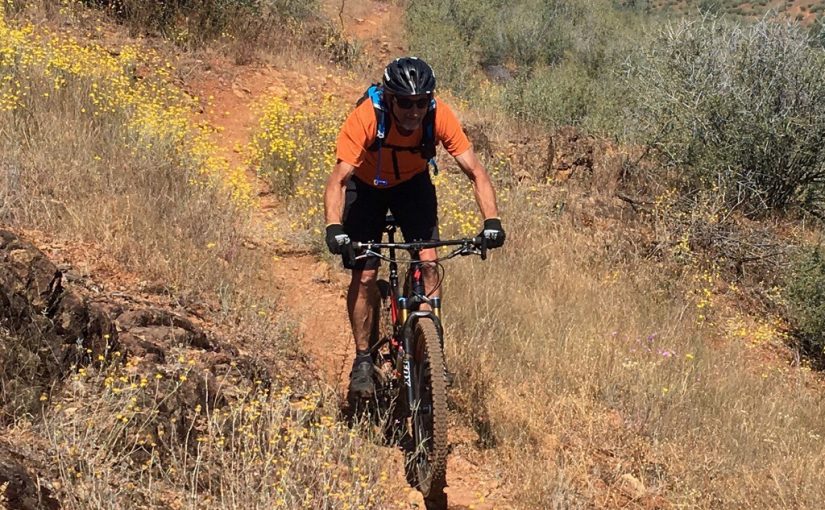 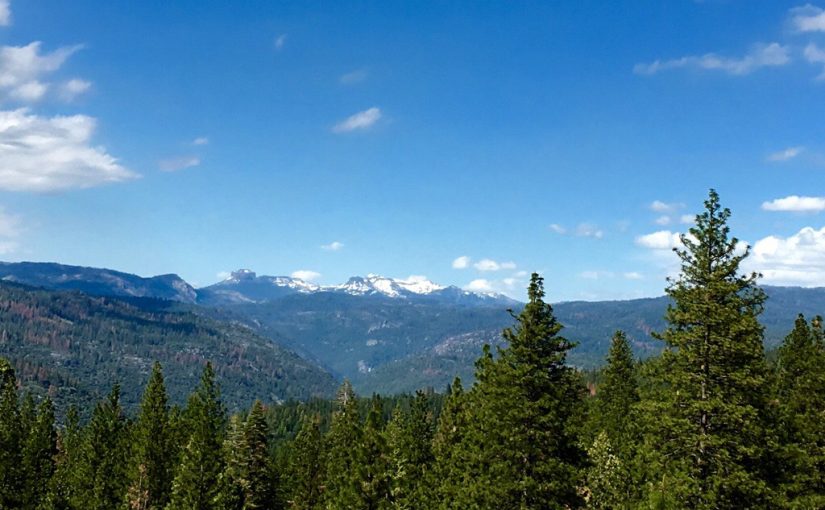 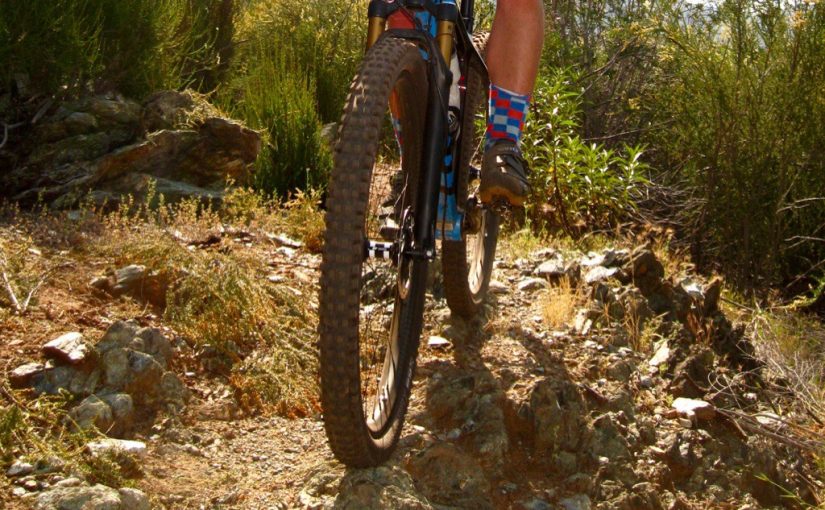 Spent the morning riding at lake Hogan with Finch and testing out Schwalbe’s new Magic Mary wheels on my singlespeed. I’m super impressed with the combination of these big super grippy tires on the wide (30mm inside diameter) rims I got from Light Bicycles. The Mary in the front gave me the confidence to roll a couple steep drops I usually bypass and overall traction was just amazing. By comparison, the Nobby Nic in the back which usually has decent traction felt almost sloppy and was sliding on terrain the Mary handled quite well. This is exactly the sort of front/ rear setup I like, where the rear tire breaks loose well before the front. The Mary’s grip was just so good I felt it more than I ever have in the past.

The super wide rims and big grippy tires gave me the confidence to run at much lower pressure than I usually run which is I’m certain a big part of why they were so effective. These are great tires, particularly when paired with wide rims.

(Some photos don’t include the Marys) 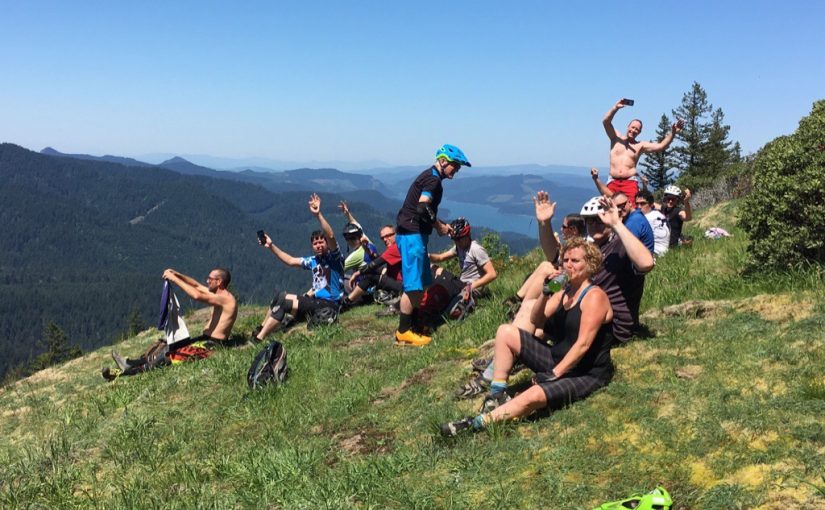 Tried to catch as many as I could during today’s guide training ride. If I missed you it’s probably because you were too fast… Enjoy.

Thank Jennifer for helping me get the names squared!