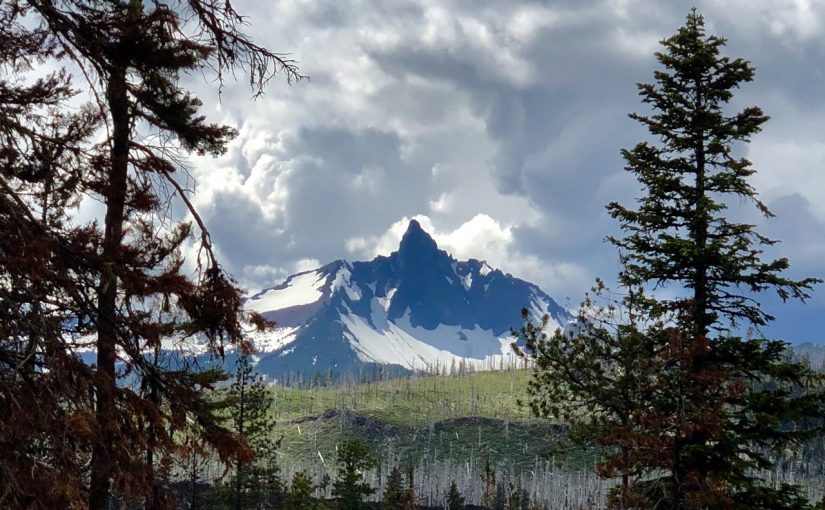 I’m pretty vocal about the fact that I don’t really care for road riding so it might come as a shock to some of my friends that I went on a long assed road ride and had an absolutely fantastic day. I attribute this to the fact that it was a pretty fantastic place and that there were almost no cars.

The place was highway 242 in Oregon, it goes from just a bit east of McKenzie Bridge all the way to Sisters Oregon. It winds its way up (a lot of up!) through lush west Cascades rain forest; through a huge lava field to Dee Wright Observatory; then down into the east Cascades and Sisters. If you are familiar with any of those places you know they are each pretty special and fantastic, getting to ride through them on a bike in one day is quite epic. 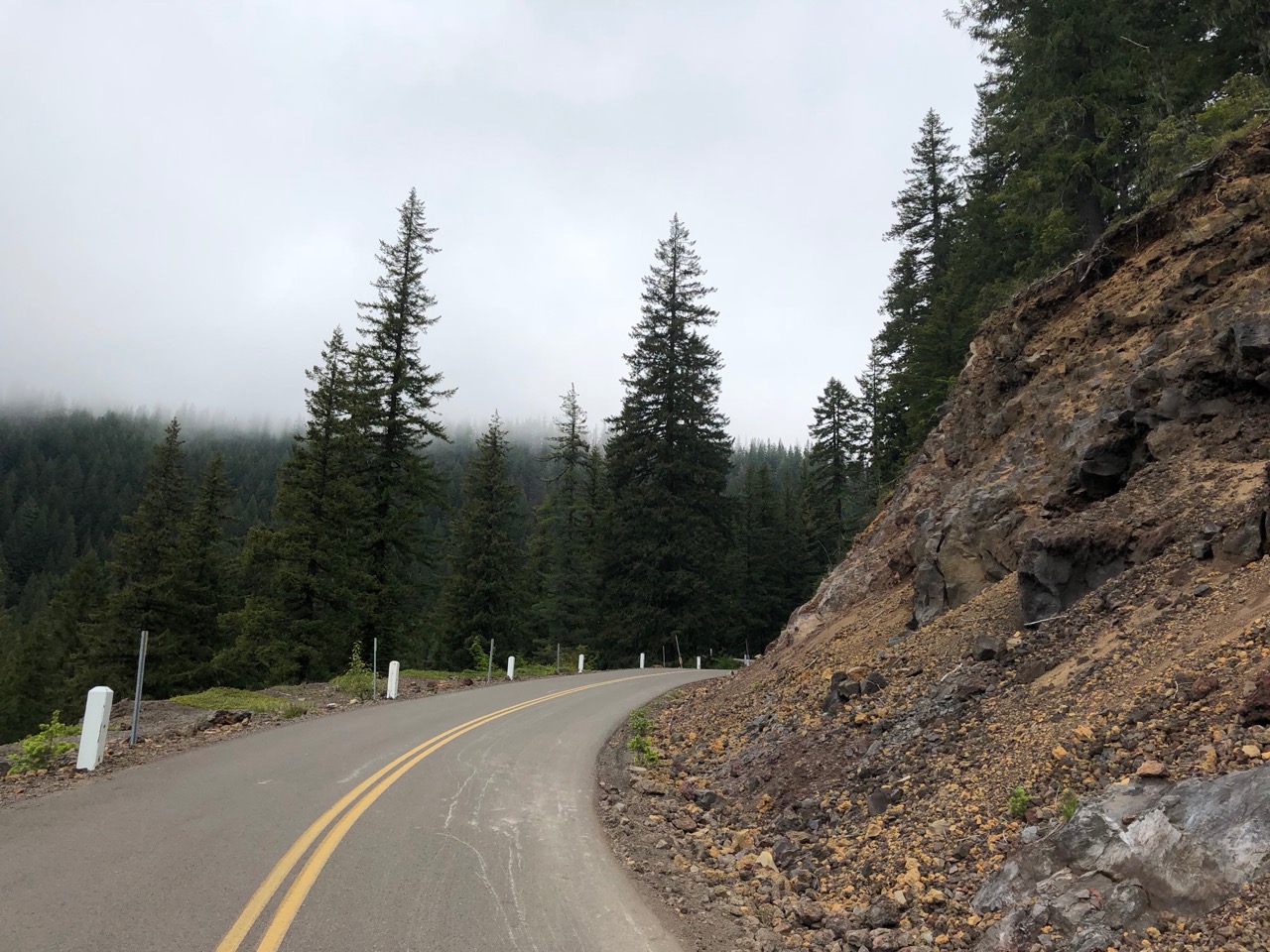 This ride is normally good, but I wouldn’t do it because the roads are quite narrow and people in cars are dangerous to cyclists on the road. Fortunately, for a few weeks at the end of spring the road is closed to cars and accessible to bikes… which makes this ride worth doing. 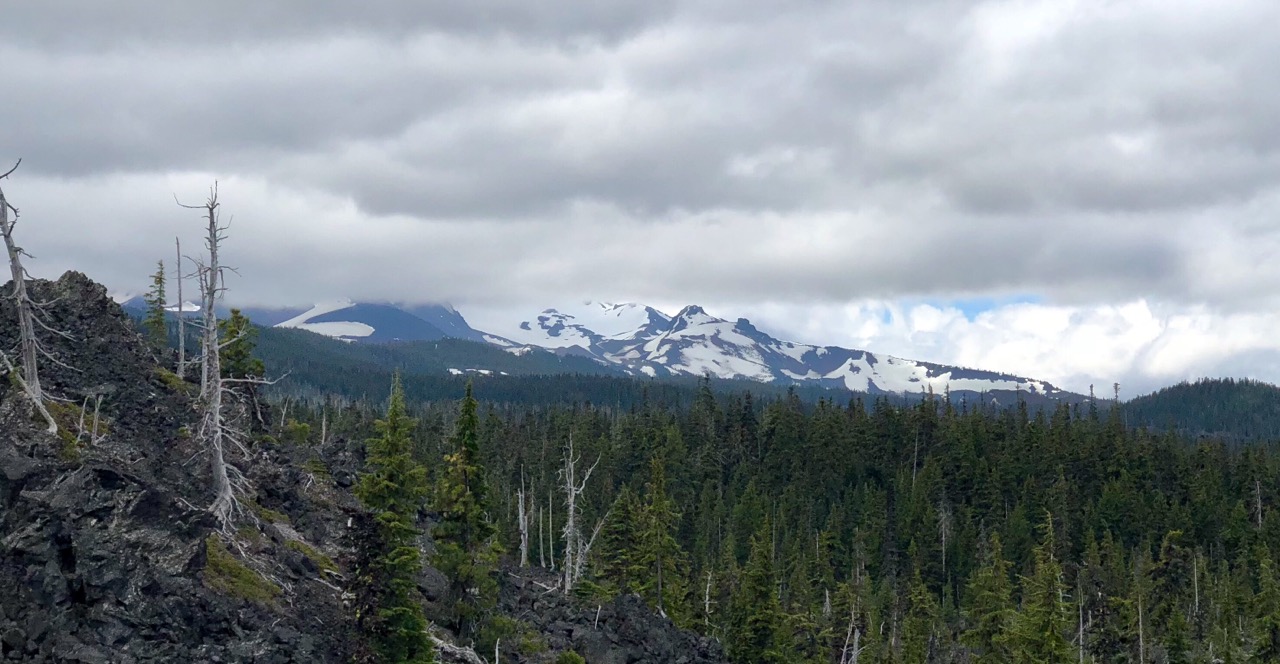 Originally I was going to meet up with Dan (aka Dan’ger), a mountain bike buddy I knew from long ago on (MTBR)[http://mtbr.com] and a few of his friends, but due to some confusion I missed him and I took off at a fairly aggressive pace all the way until I got to Dee Wright Observatory which is more or less the top of this ride. By the time I got to the top I’d kind of given up on catching them and just soloed it. 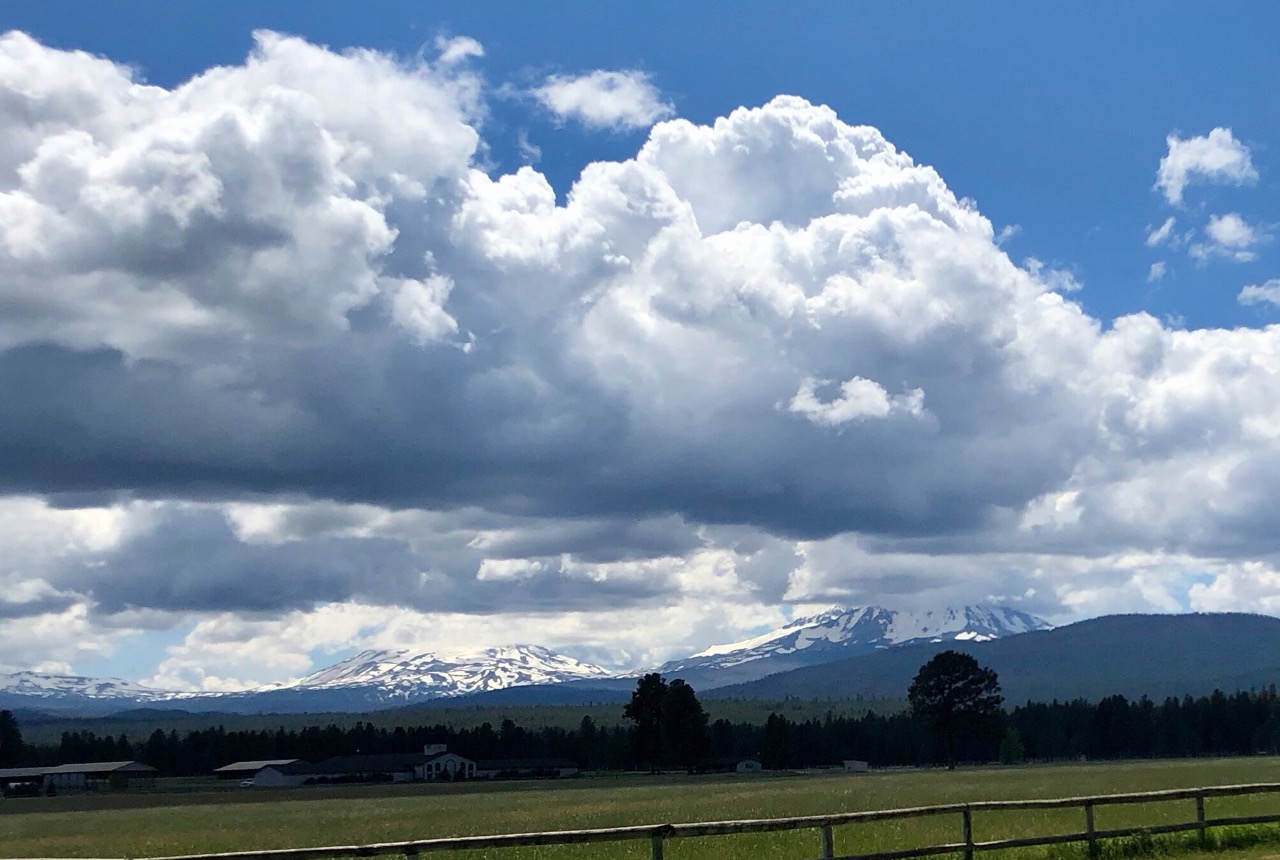 On the way down to Sisters, there was a veritable parade of riders coming at me, I must have zipped by a couple hundred people doing the climb up from Sisters as part of a big organized event. (Pictured above are the bottoms of the 3 Sisters viewed from Sisters. 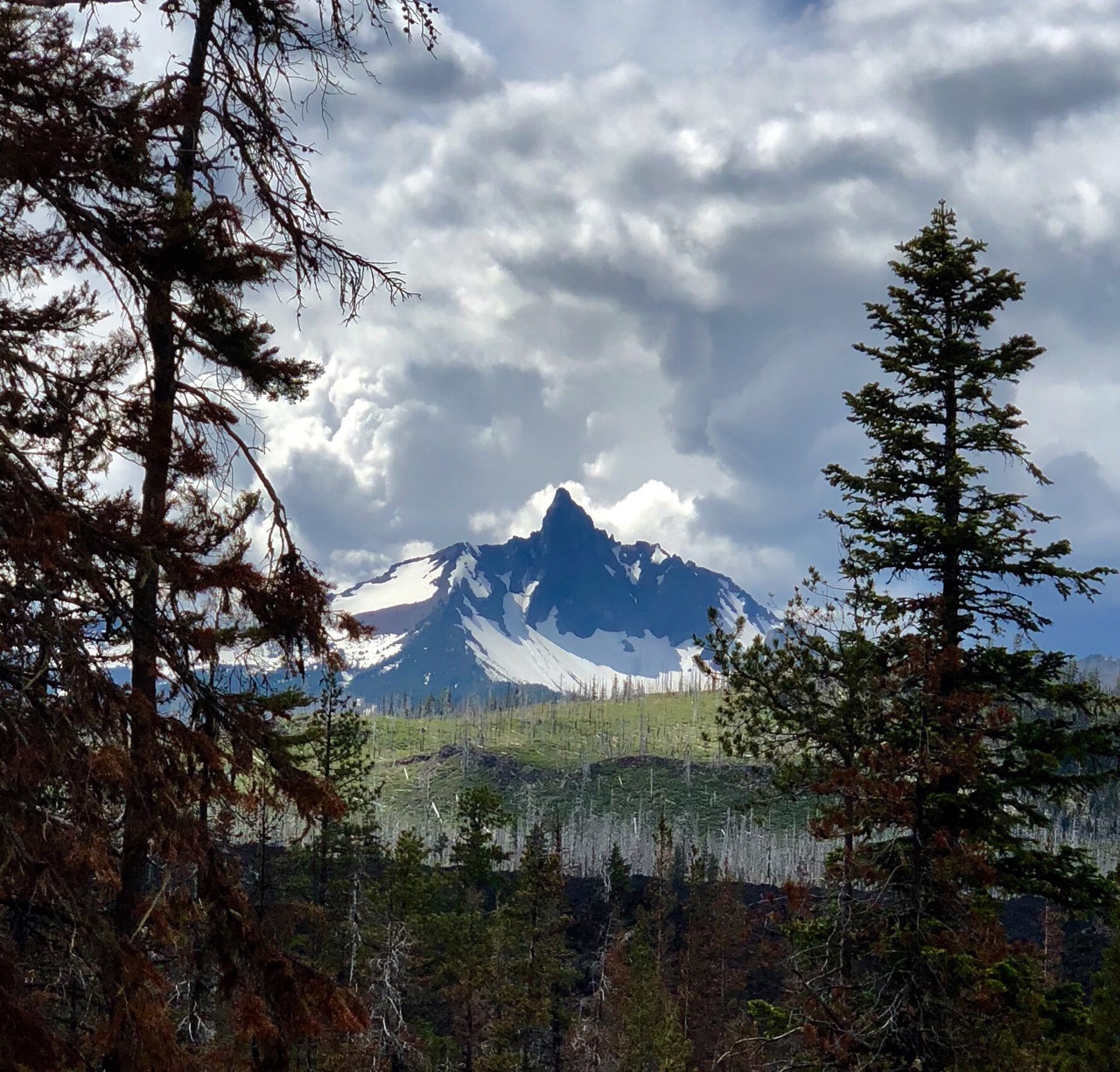 After the ride down to Sisters I did the 2,400 foot/ 18 mile grind back up to the Observatory. (Mount Washington in the above photo) 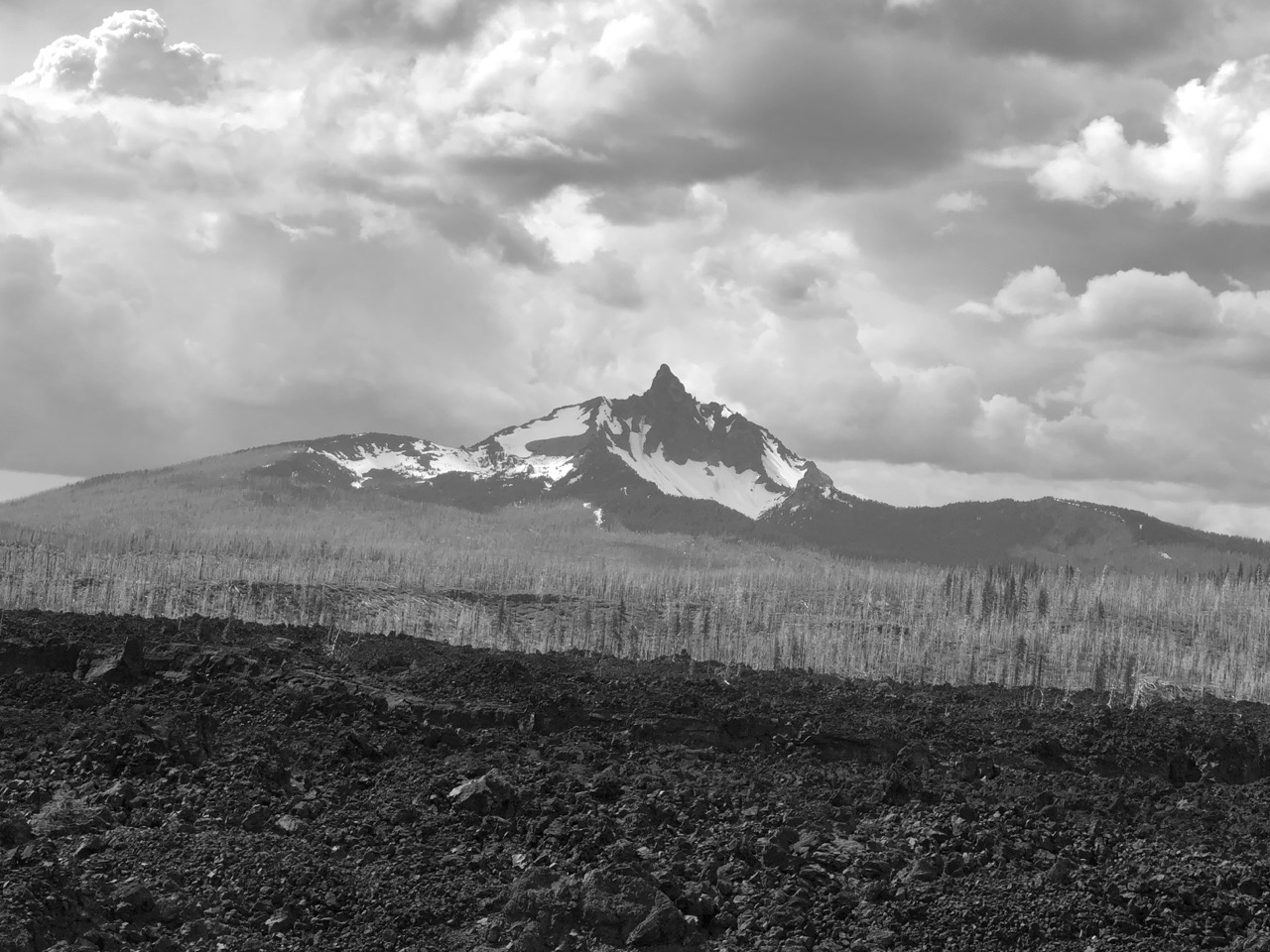 The views on this route are amazing, the combination of elevation and lack of vegetation in the lava fields means you can see for miles. The lava fields themselves are so unusual they could easily be from another world. This ride reminds me a lot of climbing to the Plains of Abraham on the back side of Mount Saint Helens. 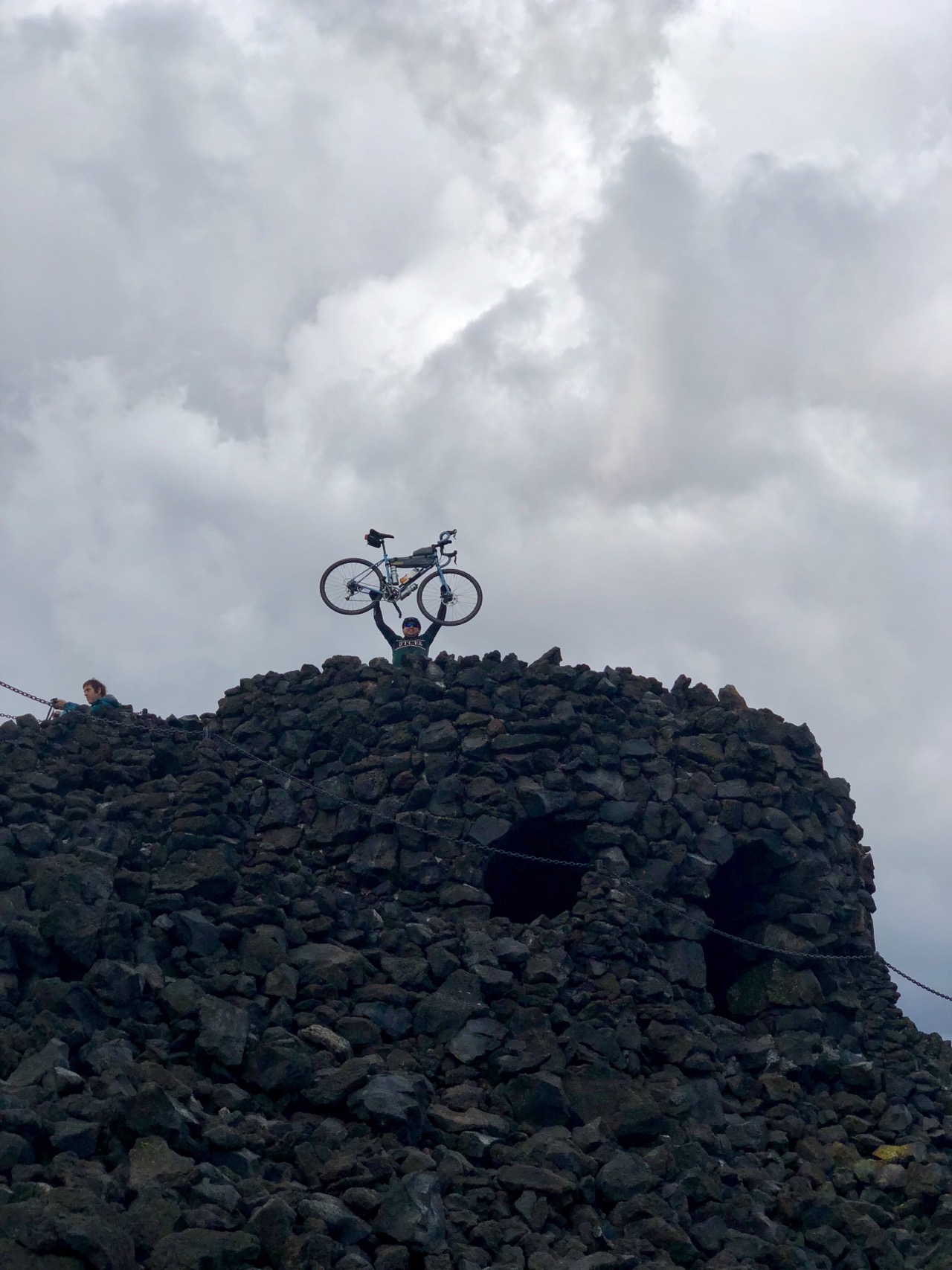 When I got back to the Observatory I climbed to the top… and there was Dan and his friend Jeff! No, he wasn’t standing there like John Cusak from Say Anything with his bike over his head… he was actually hunkered down low trying to stay out of the stout breeze, it was COLD.

Turns out they had started from their camp ground, not realizing they were about 7 miles and 1,200 feet below where we were supposed to meet. I had been so far ahead of them I’d caught them on the way back. 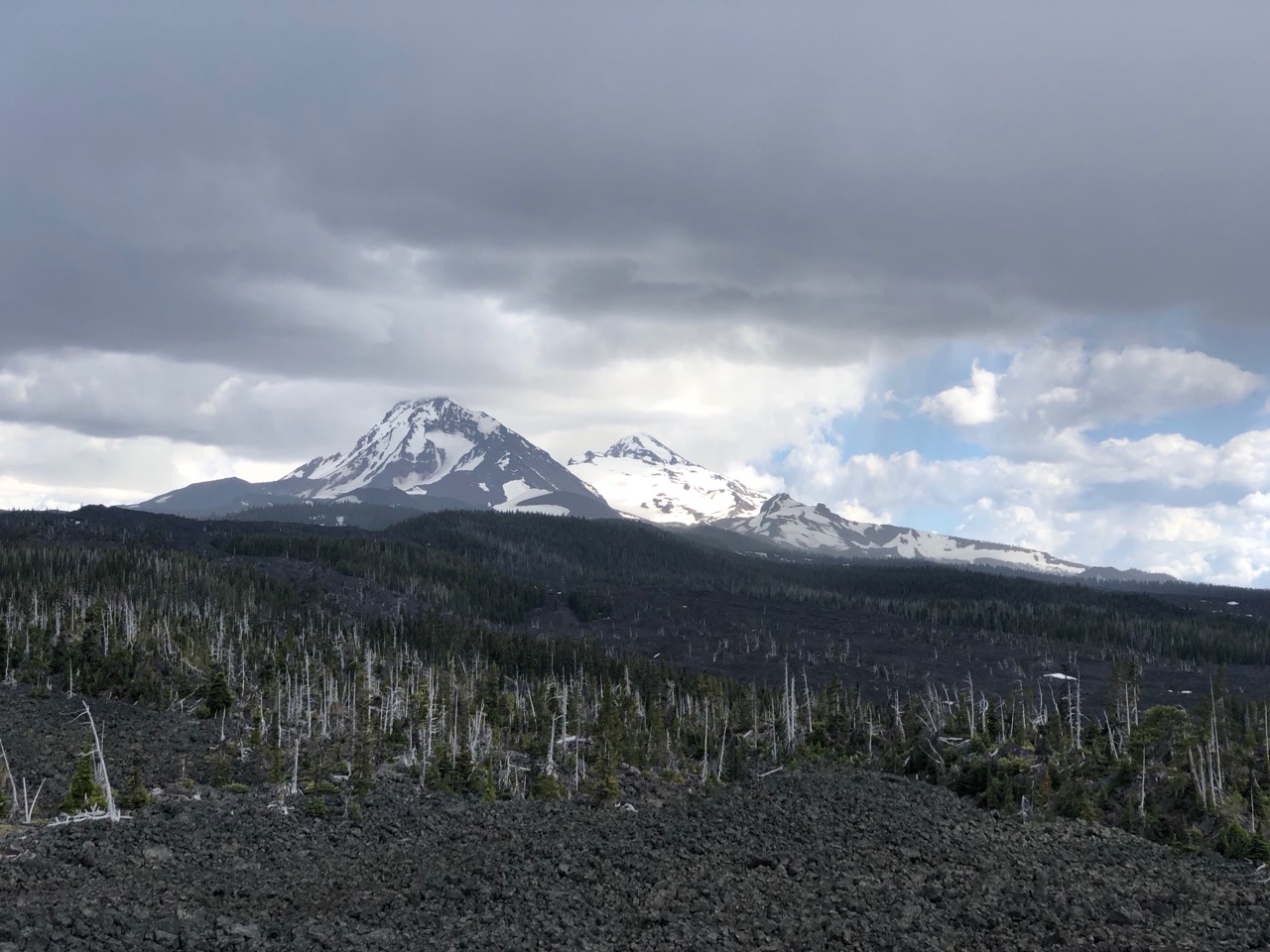 After a bit of catch up and discussion I decided I would bomb down to Sisters again and ride with them for the rest of the day, adding another 30 miles and 2,400 feet of climbing to my already long day. 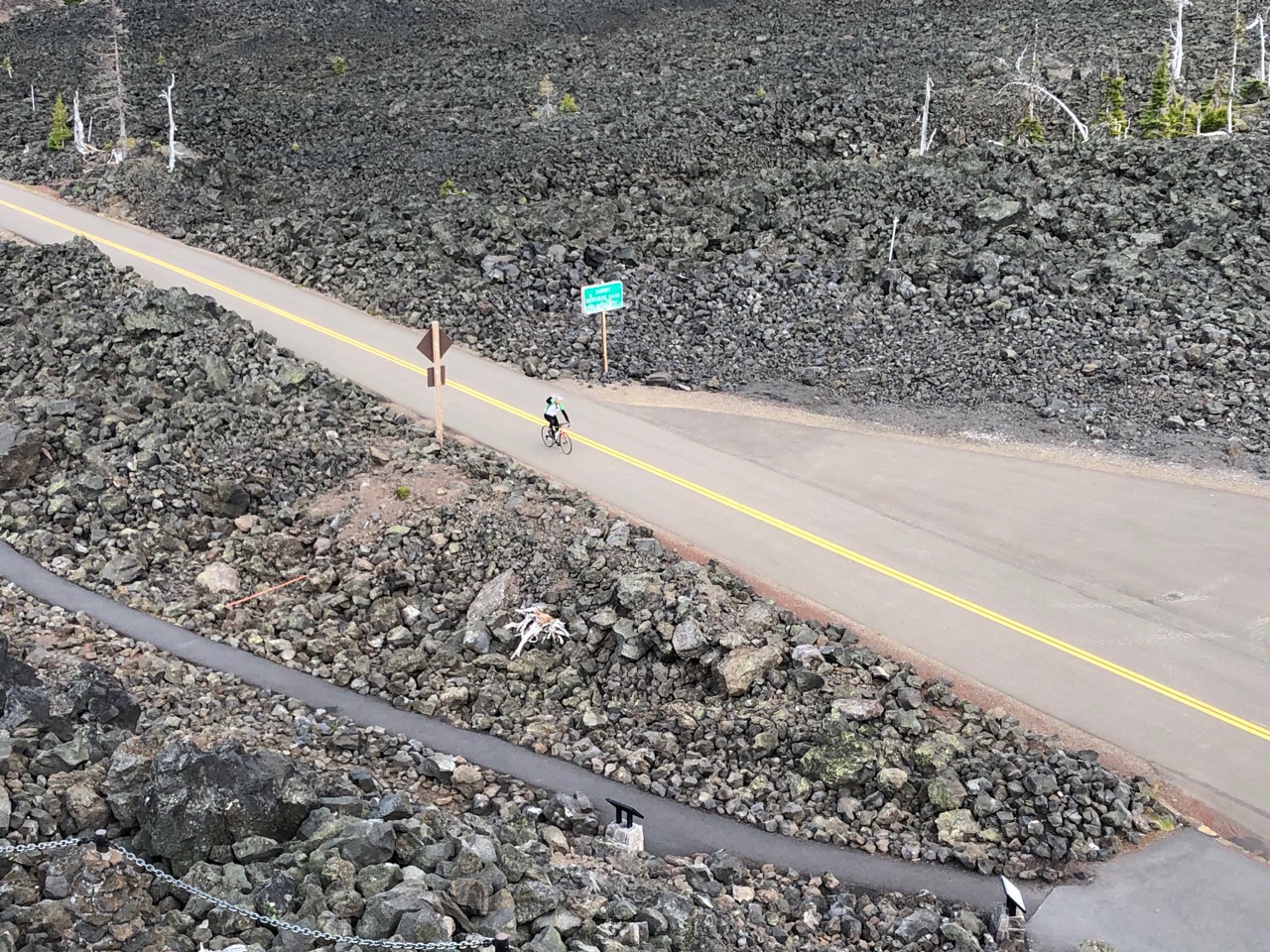 We had a quick bite of pizza in Sisters and turned around for the grind back to the Observatory. I was feeling fantastic the whole climb up and it was even more fun with old and new friends along the way. (Dan is just rolling up to the Observatory in this photo and Jeff is in the foreground). 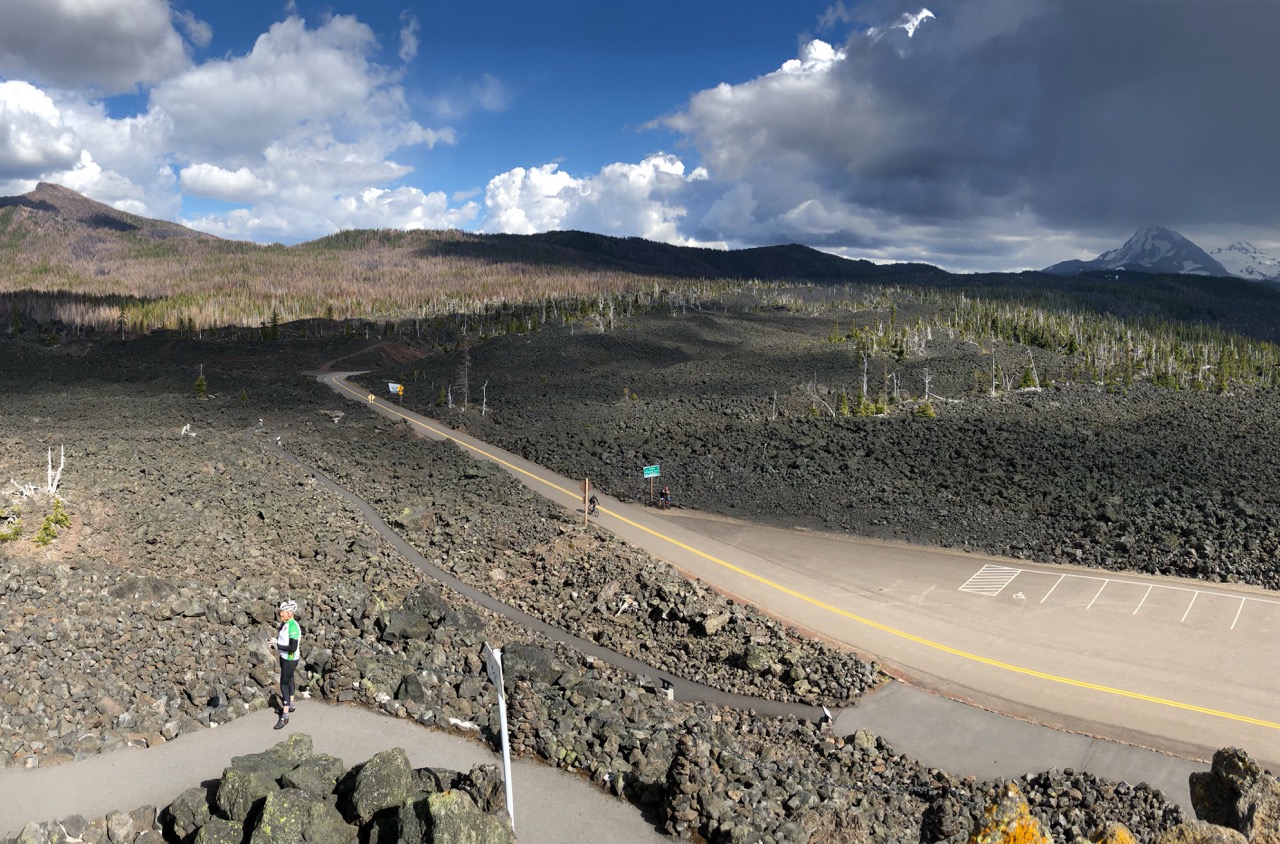 Back at the Observatory, we goofed around for a bit then it started to rain a bit so we jumped on the bikes and blazed down to the bottom. 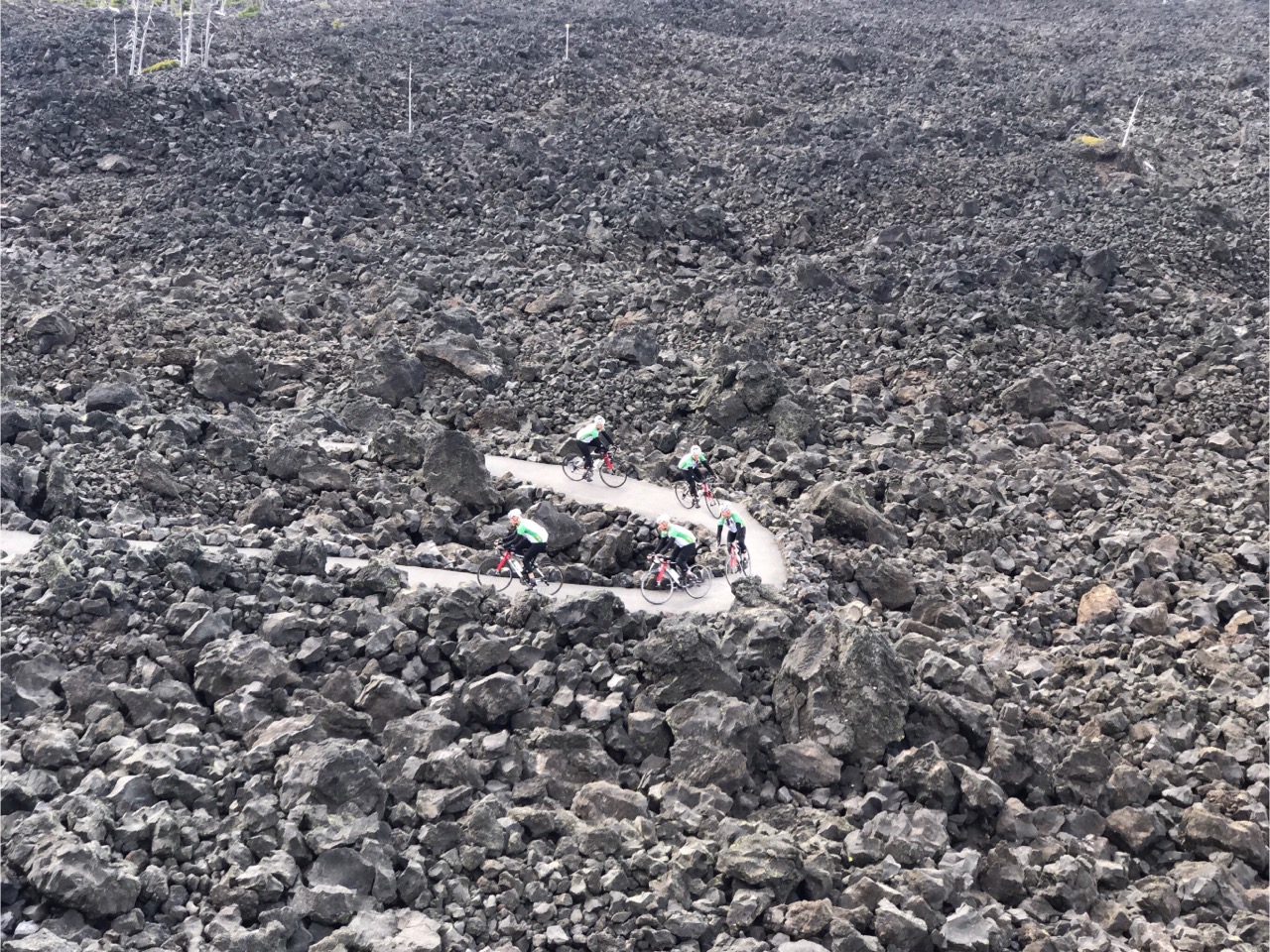 This was a truly fanstastic day, miles and miles of fantastic landscape, surreal terrain, and good company. The scheduling snafu at the beginning could have been a bummer, but turned out to be just a bit of spice to a really fun trip.

I’ll be heading up this way again next spring when the roads are opened up again because this was a fantastic trip.

By the end of the day I’d clocked 85 miles and about 6,400 feet of climbing. Easily my most ambitious and enjoyable road ride ever. 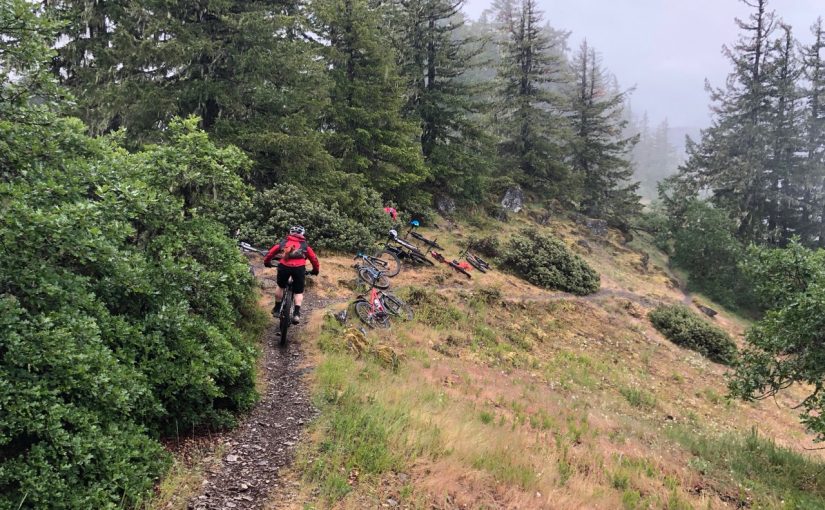 King Castle is a fantastic trail along Highway 126. It’s right around the corner from the McKenzie River Trail… but more awesome. Ok, well more awesome if you like ripping down a super-fun downhill trail. 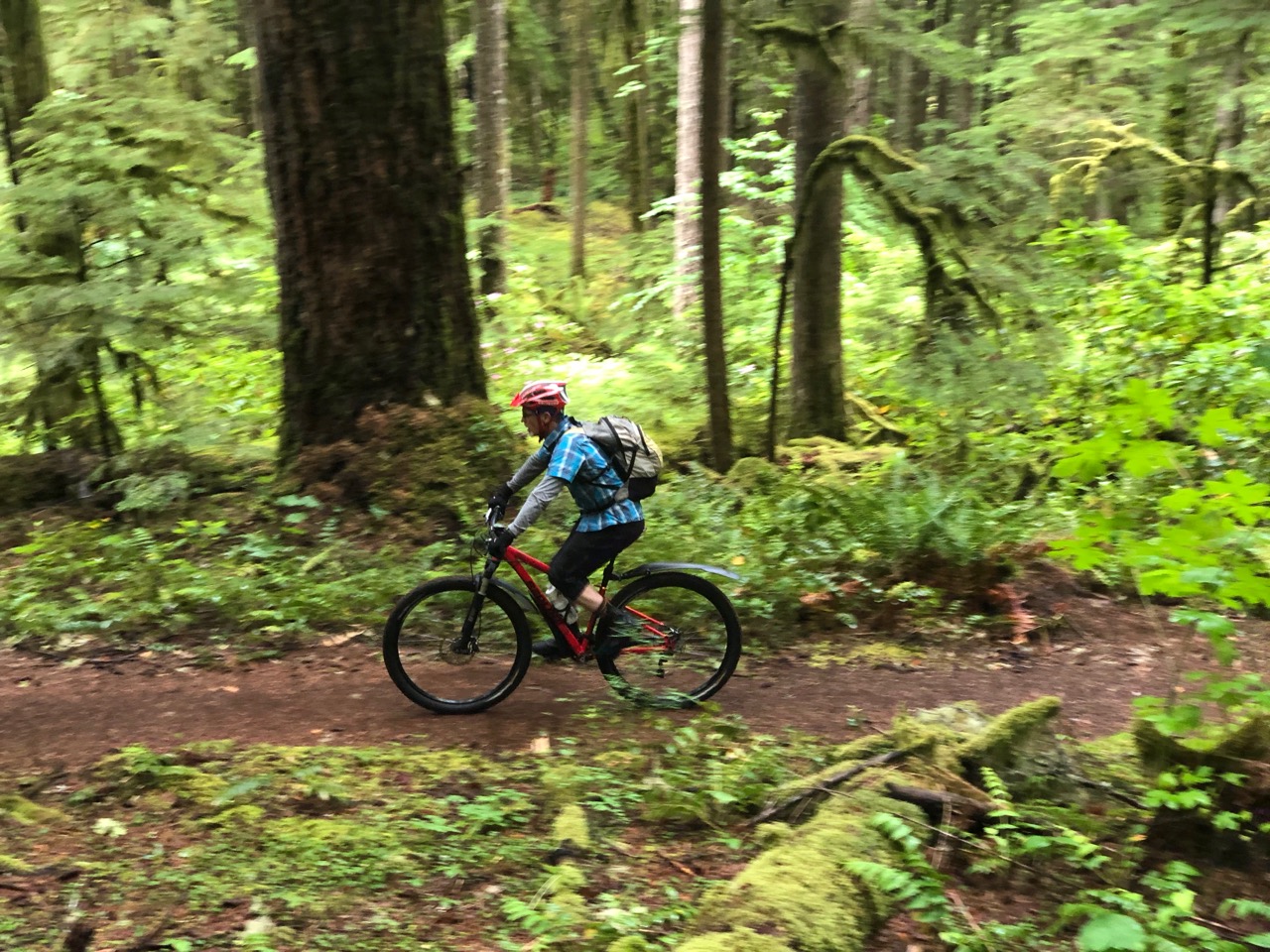 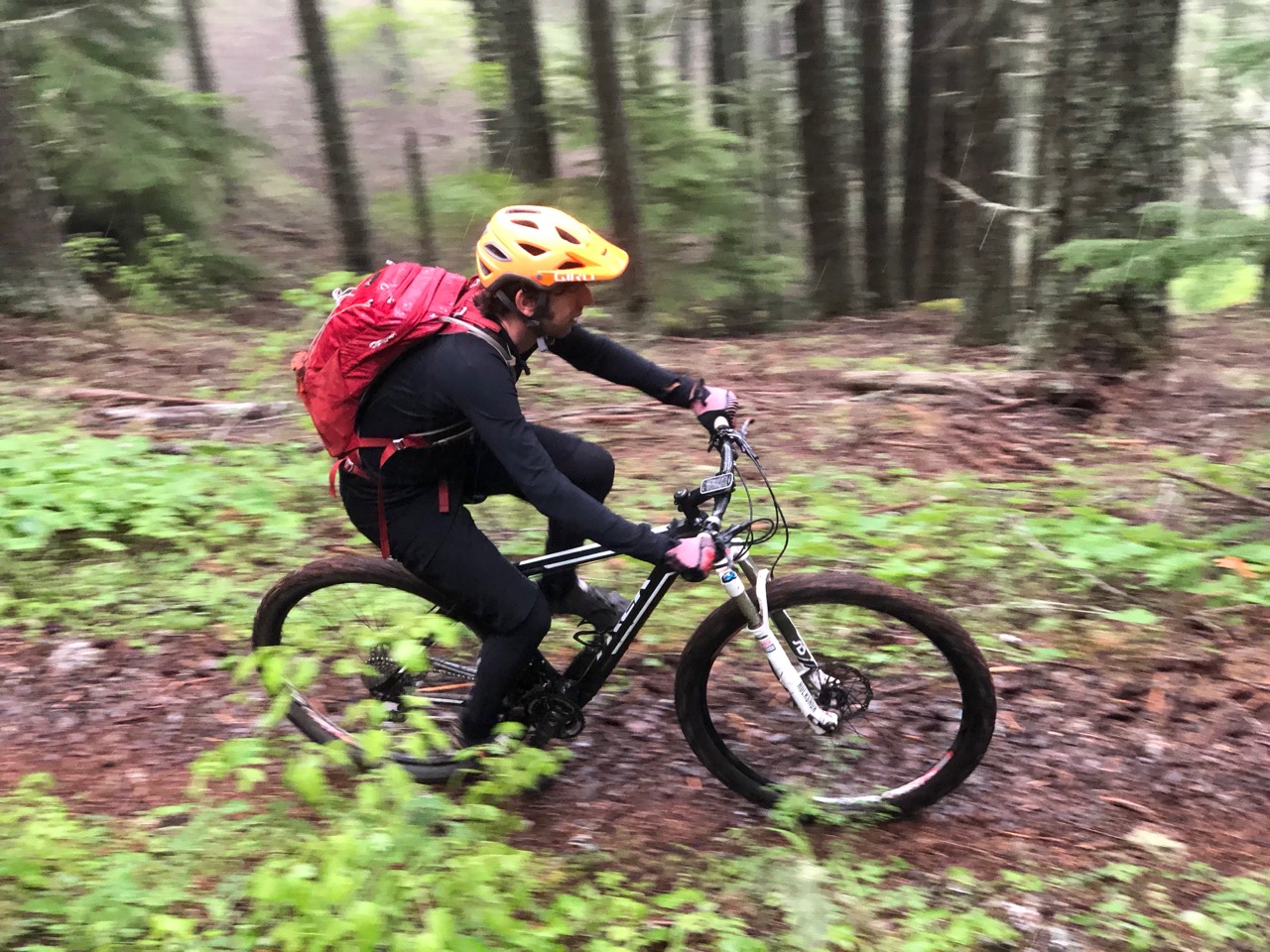 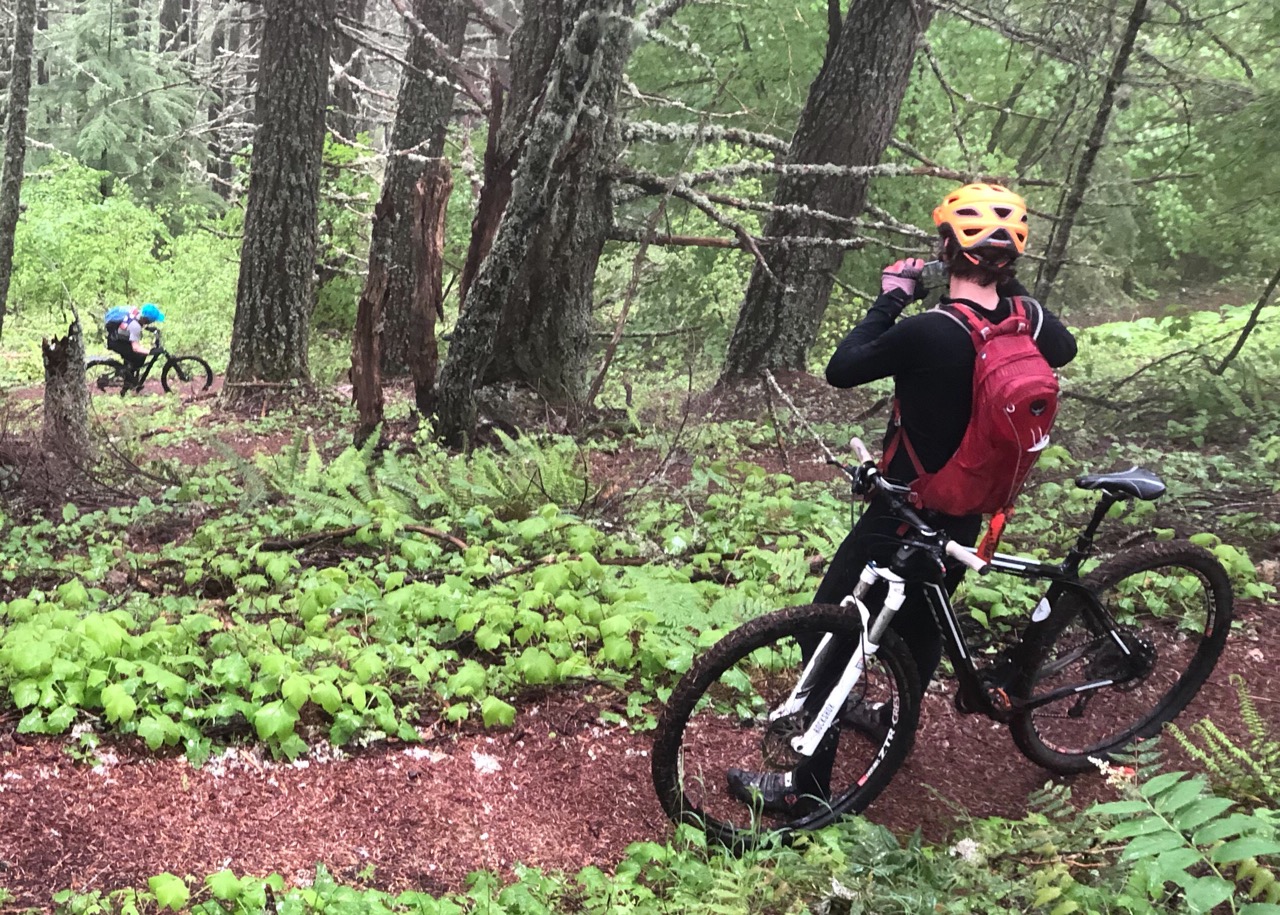 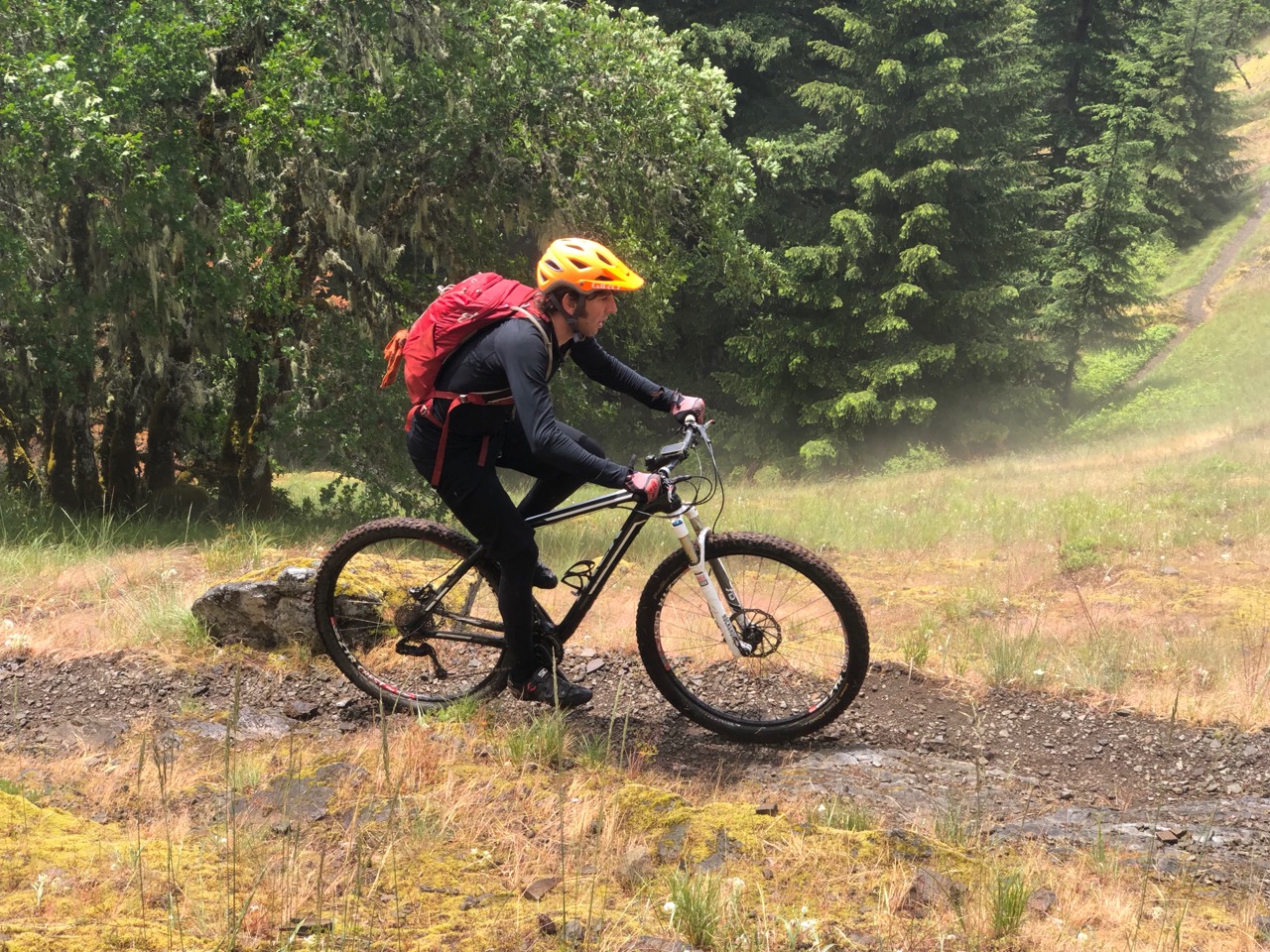 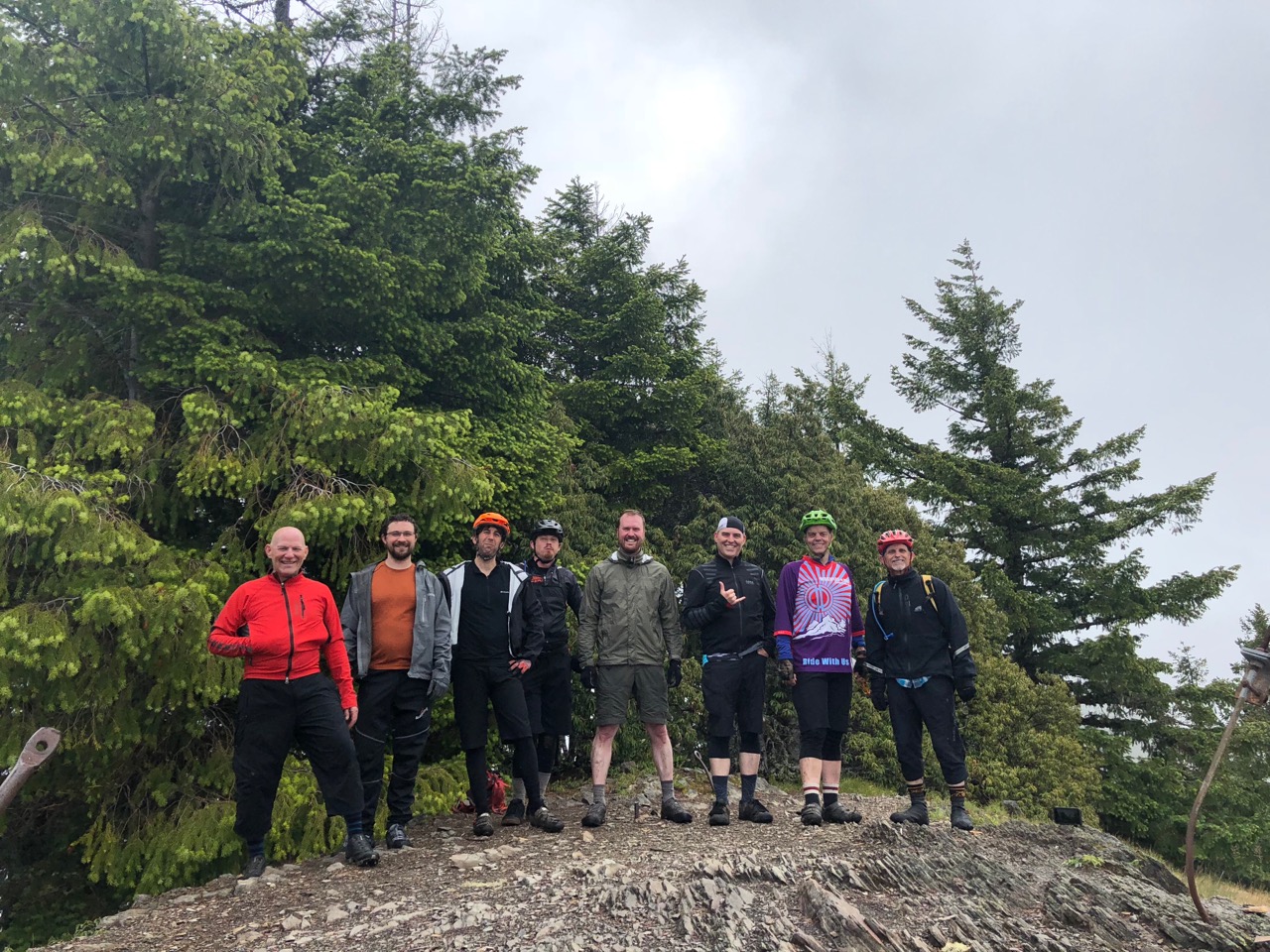 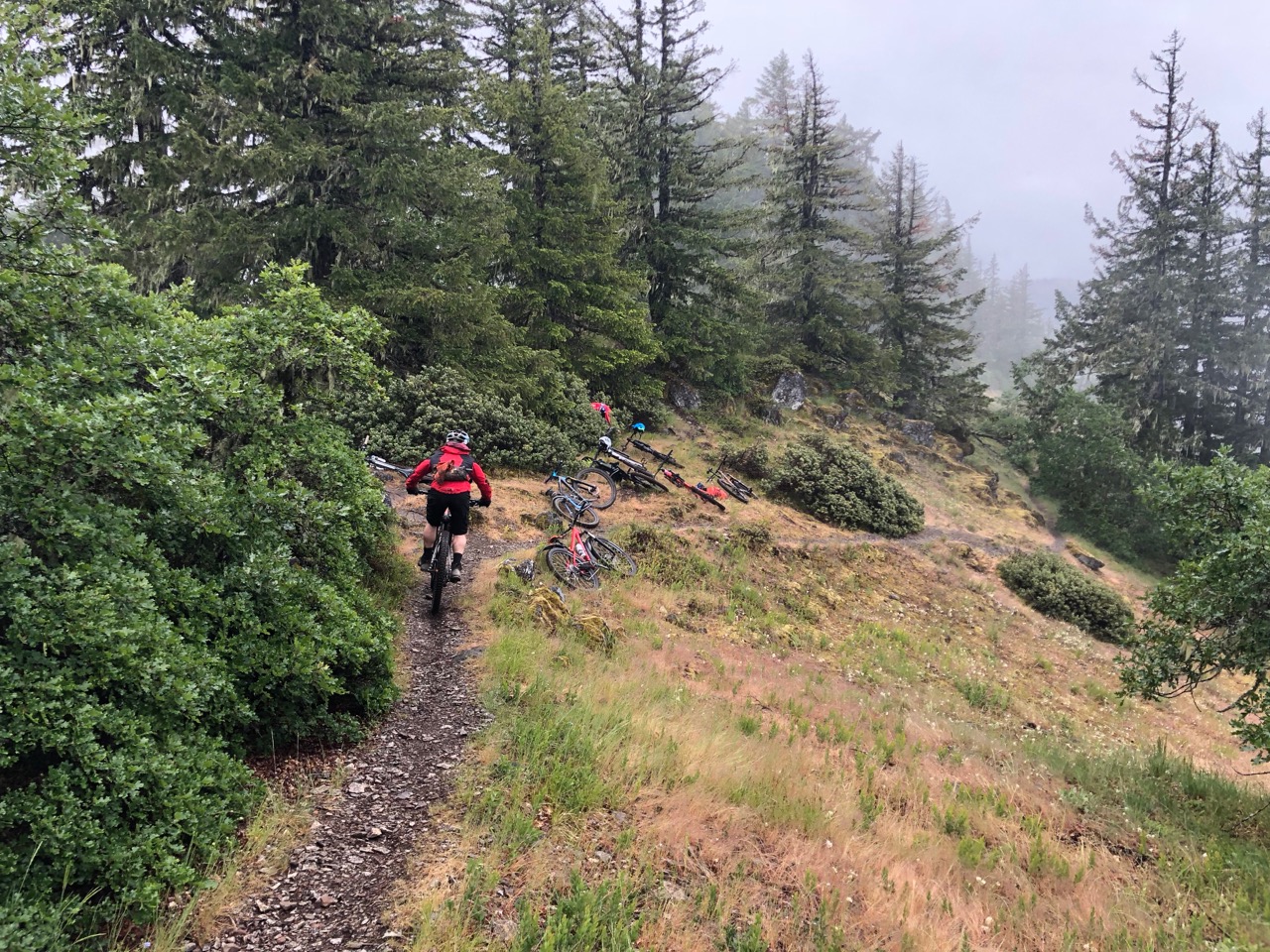 I had an Amazing Ride Today at Red Hills. I spent the last half of the ride fighting to urge to stop for photographs and the other half chasing the fading light and trying to get back to the car quick enough. The result was just an absolutely amazing sunset ride. Glad I got out there!

When I arrived in Bend yesterday I’d planned a short evening ride but it turned into something a bit bigger and wound up clocking about 20 miles though surprisingly less than 1000 feet of climbing. The trails off of Phil’s trailhead have fairly gentle climbs and are super smooth so you can really make time up them and downhills are fast and super flowy with uncommonly good sight lines.

I love the trails off of Phil’s trailhead because they are fun for pretty much any level of rider. Downhills are flow-filled and mostly smooth so beginners can really get a kick out of them but expert riders can challenge themselves with ridiculous speeds. They had some problems with the faster riders coming head on into climbers so recently they switched two of the main in/ out trails to one-way which makes speeding down a bit safer (but limits ride options).

Higher up and further from the mail trailhead, trails get a bit more technical and challenging which is what I was after. My goal was a particular section of Voodoo trail and getting to it turned out to be a bit longer than I’d planned. My 5-10 mile quick ride turned into a 20 mile journey, but it was a blast. Unfortunately, I didn’t prepare quite well enough and made a bad turn near the end of my ride and wound up riding about 4 miles in the wrong direction after sunset. I got a bit of assistance from a fellow rider (I poached his light) and I finished the ride going down some rather tame forest roads. Bad Ogre…. great day.

Heres the better pictures from the ride, click for the full sized versions, this first panoramic is particularly awesome embiggened.

After yesterday’s sunset ride in Hornbeck trail I discovered I could just overnight in the parking lot so I crashed there for the evening and did a morning ride. My plan was to do a quickie 5-7 mile ride then head out. Instead I wound up riding almost all the way to Shasta dam along the upper Sacramento Ditch trail. It’s a very nice, low key trail of which hugs the contour of the hills. The climbing is gentle and while there are switchbacks, they are wide ones which I’m confident even beginning riders could handle.

I saw some rather large bear prints which followed the trail for a couple miles which was kind of cool. The gentle trail and great views, turned my quick ride into a 15 mile spin so by the time it was over I was starved and ready for my coffee.