Since I’ve been so busy with the house build this summer I haven’t had the chance to get any really significant road trips in, so when the opportunity to go on a week long camping trip along the Oregon Timber Trail popped up, I jumped on it. It was appropriate that adding me to the trip made it a proper Baker’s dozen riders.

We were originally going to hit the first 130 miles of the Fremont Tier, but fires along the route caused a last minute re-route. Instead we rode from Bend to Oakridge, following much of the Timber Trail route, but adding a bit more single track where possible. 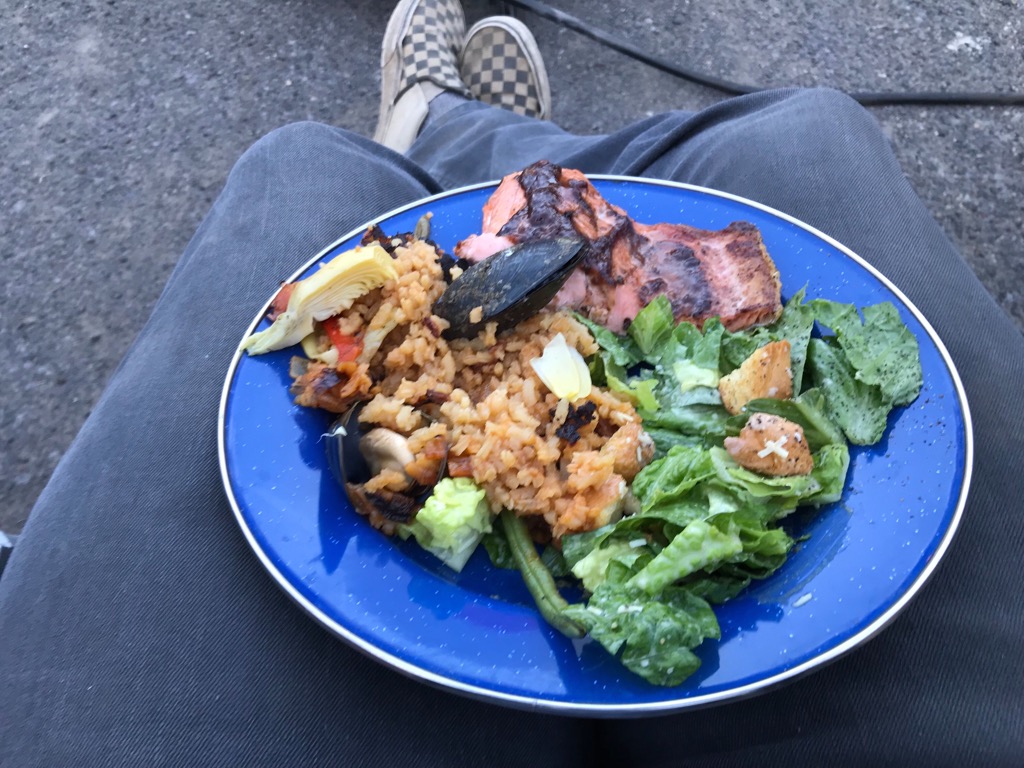 The first day we spent dealing with logistics and driving to Bend. We set up camp at the Wanoga snow park then did a short afternoon ride before dinner. Dan, Scott, and myself rode up to Dutchman to hit Flagline and the rest of the group rode Tyler’s Traverse. We got back just in time for a fantastic dinner served up by Charlie and Vic.

On most mornings we woke up, broke camp, ate breakfast, then hit the trail. The first morning was a bit chaotic as we were just getting used to the rhythm of things, but we managed to get out of camp by 10 am. 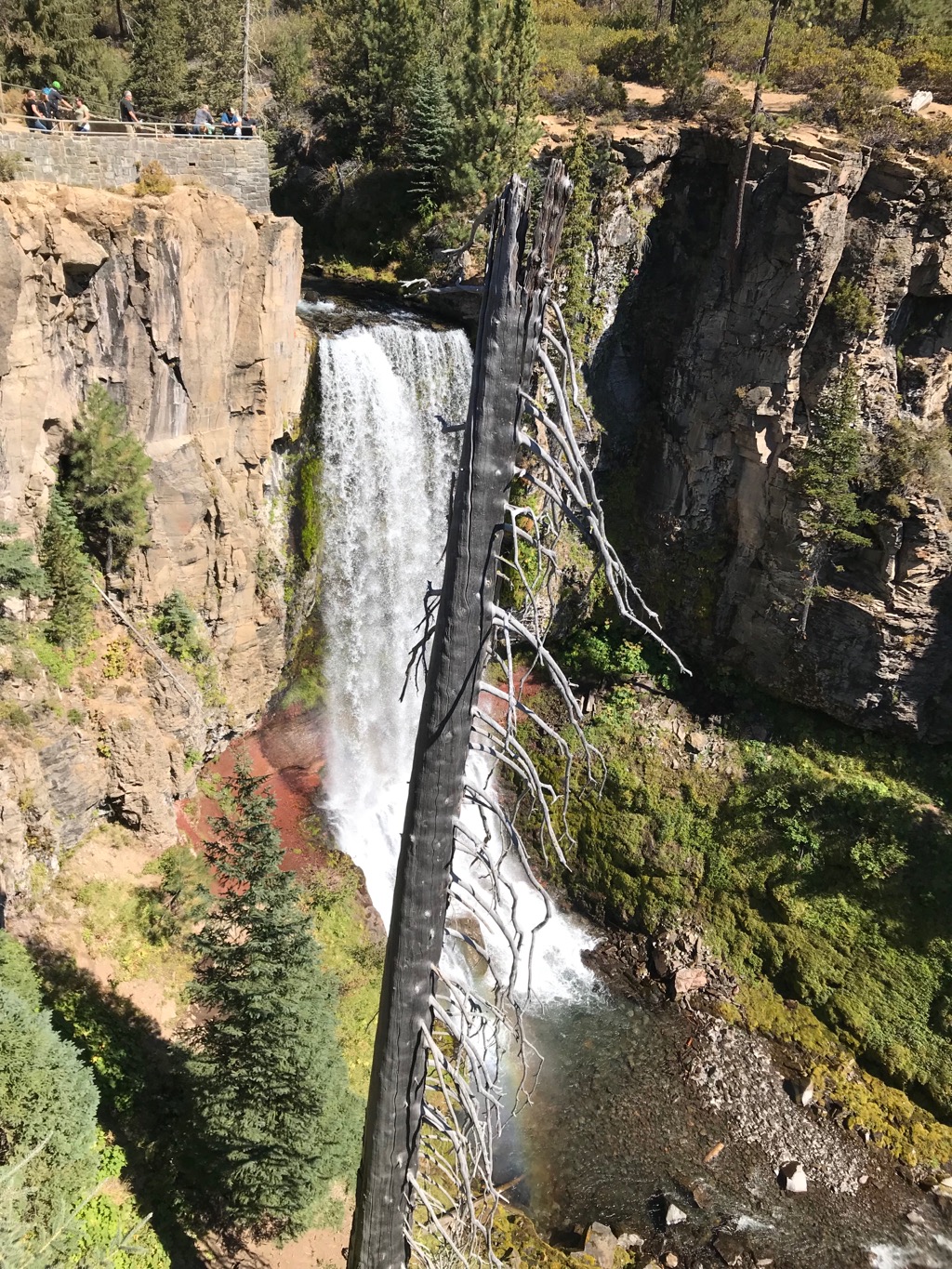 Our route took us up to Swampy Shelter, down South Fork and up North Fork to Tumalo Falls and to Happy Valley. From Happy Valley we jumped onto the Metolious Windigo Trail. At about 29 miles, this was one of the longer days. 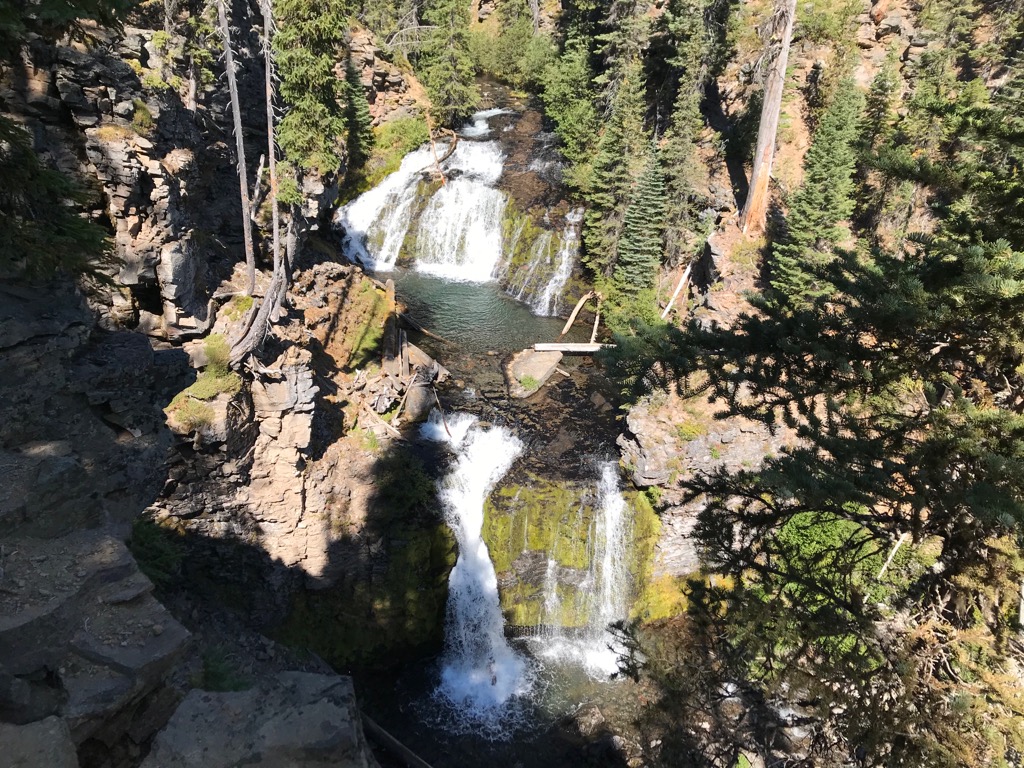 Tomalo is actually a bunch of linked falls, a fantastic ride and likely a great hike. 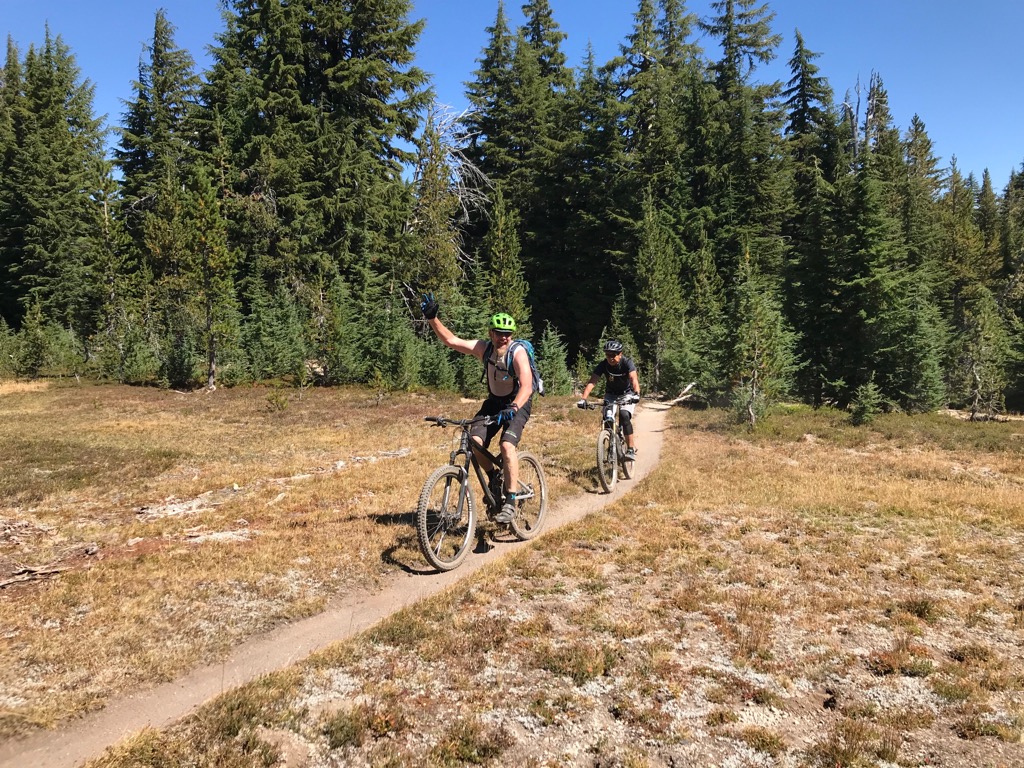 Charlie (Our awesome Chef), and Albert rolling through Happy Valley. 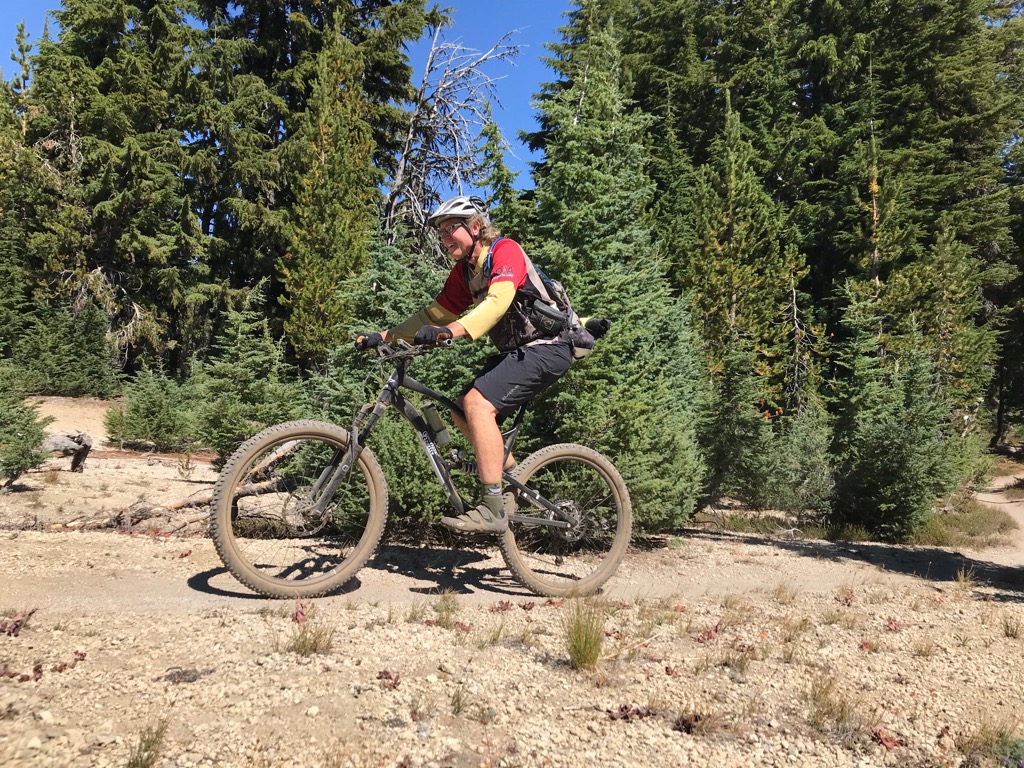 Davey was one of the primary organizers of our trip… 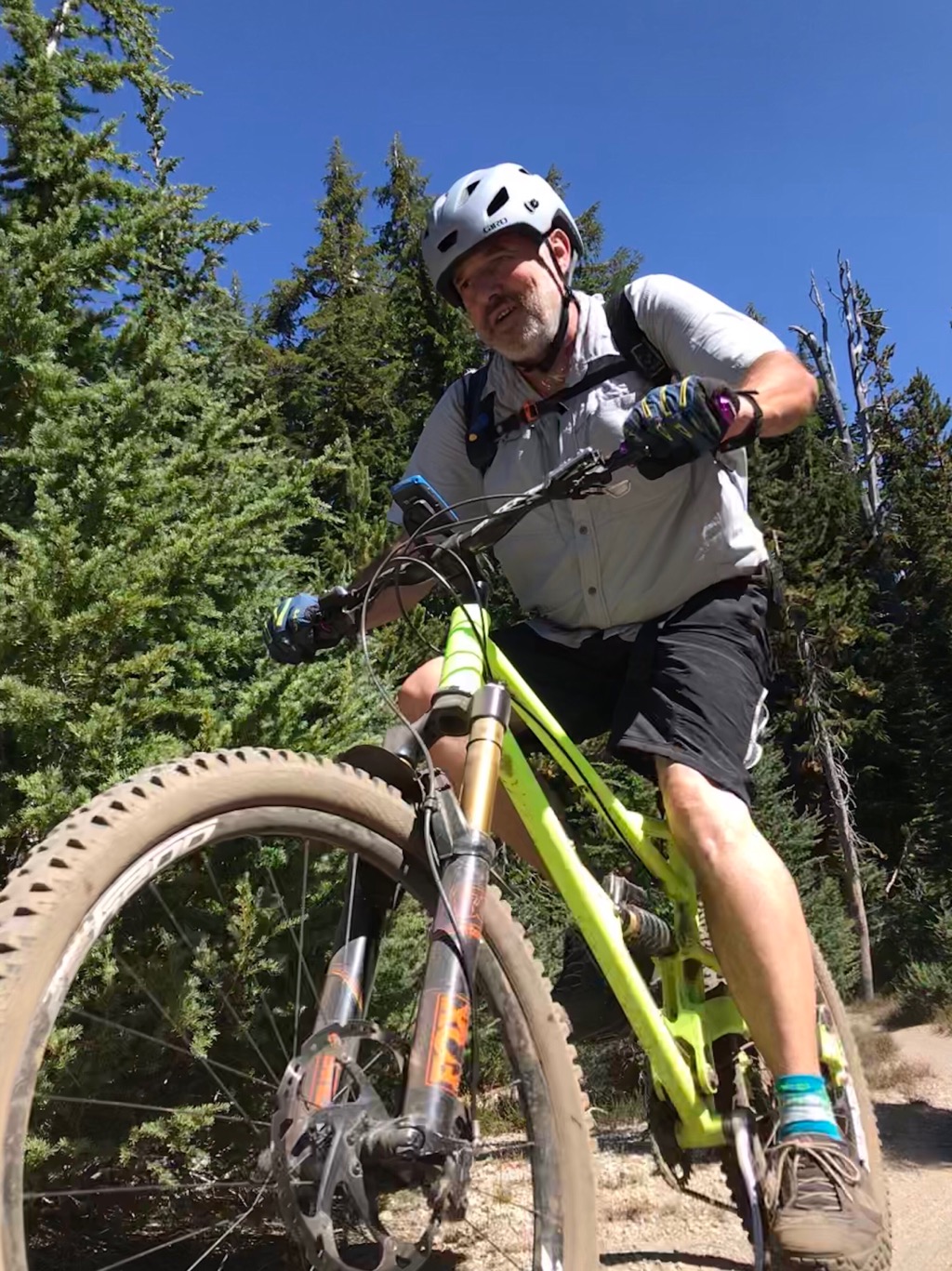 … and Ken was the other.

After Happy Valley, we caught the Metallica’s After about 29 miles we made it to Sparks Lake which had… fantastic views.

At sunset and after the sun went down, things just got better, smoke from this summer’s fires has fled the Sparks Lake area and the stars were fantastic. 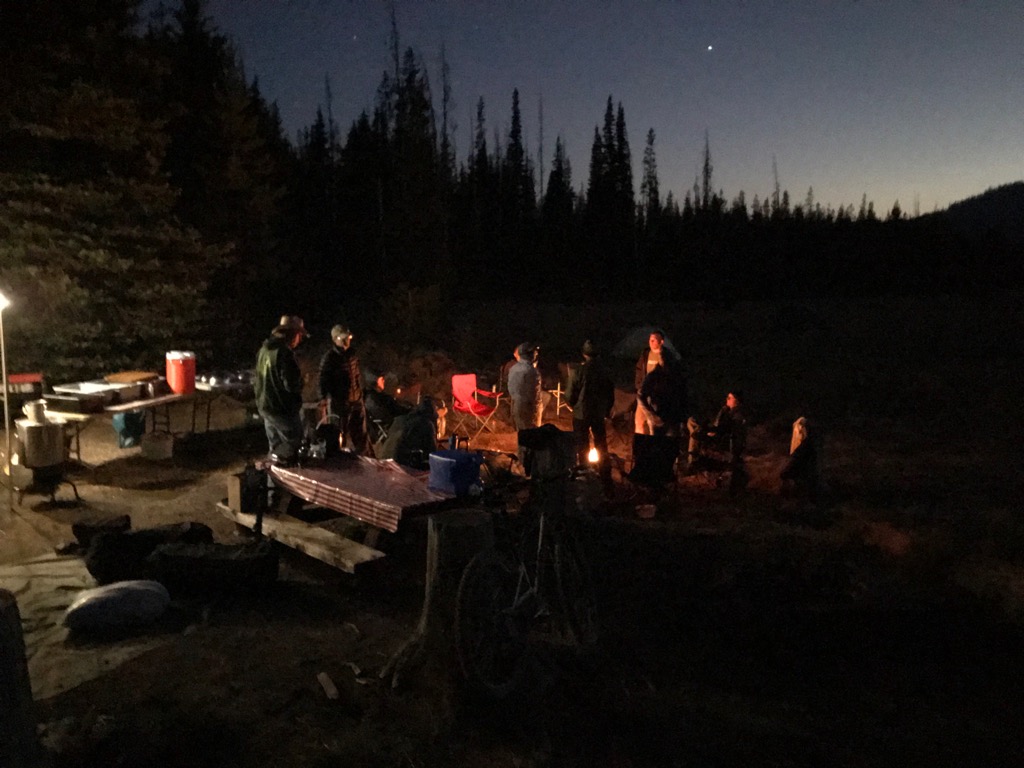 Sunday nights dinner of lamburgers was almost as good as the Fish dinner we had on Saturday and company at the campfire was great.

The highlights of this leg were the fantastic views along the north fork climb past Tumalo Falls and the fun/ fast descents down South Fork and the Metolious Windigo. Camping at Sparks Lake was also fantastic.

It was damned cold though, I wasn’t quite prepared for sub-freezing camping. (Continued in next post)

One thought on “September to Remember (S2R) Wanoga to Sparks Lake”