This is a continuation of a multi-post story about a multi-day trip. Refer to the first story for context.

On Monday I work up early as I usually do when camping and was treated to some spectacular skies. Breakfast was French toast, bacon and sausage. 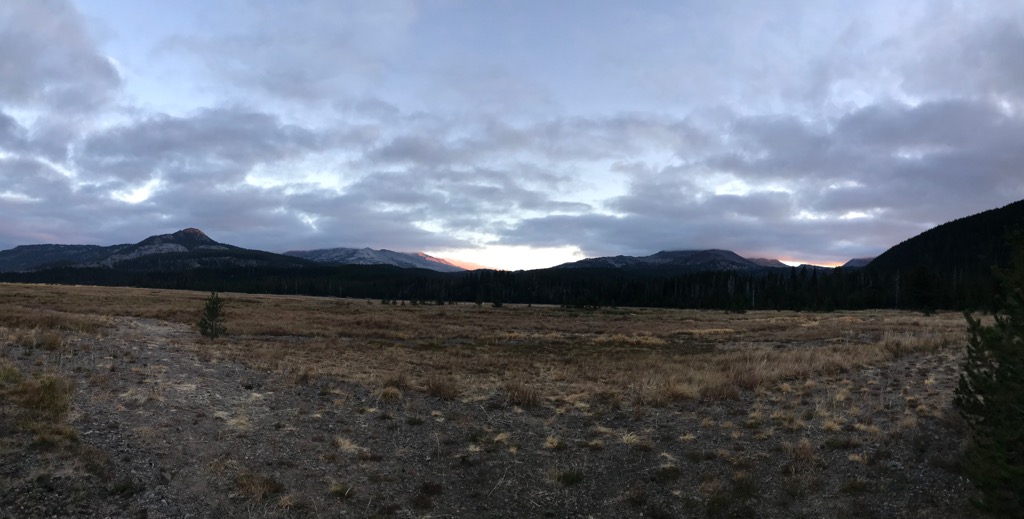 Lava Lake is disappointingly not made of actual lava, but is pretty spectacular regardless. 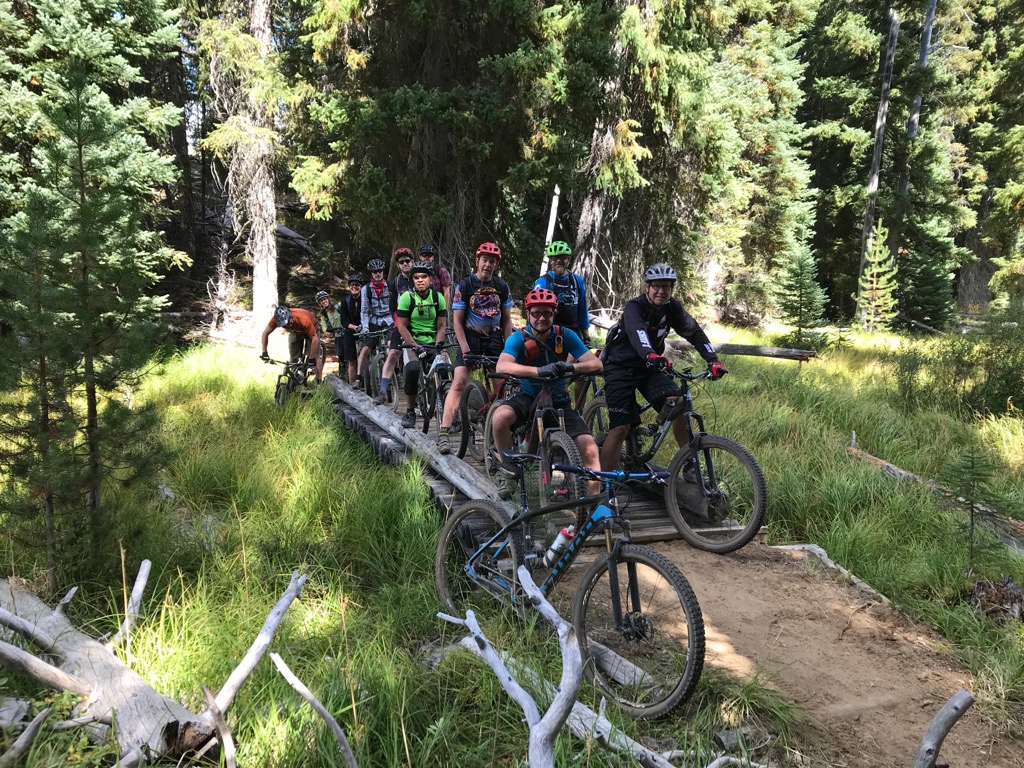 We cut between Lava Lake and little Lava Lake on a road and caught a short section of singletrack which cut over to the highway. From there we followed a power-line road and some forest roads to Coltus Lake. 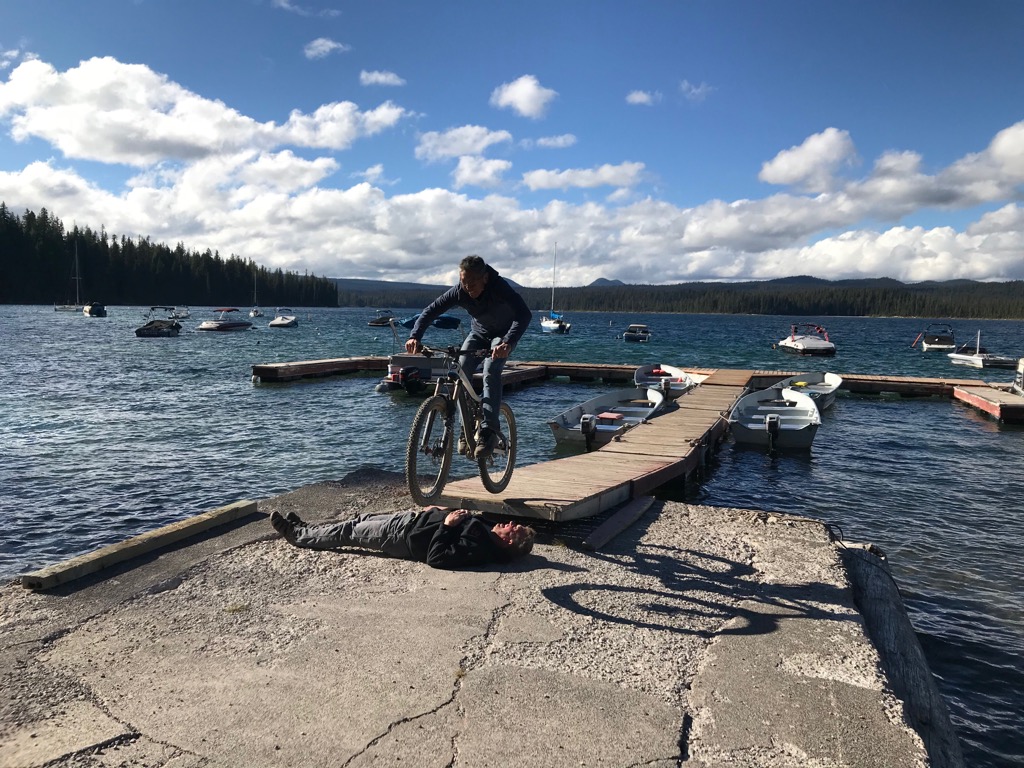 After setting up camp, some of us headed over to the resort for some ice cream and shenanigans. To celebrate his successful jump, Al bought us a gallon and a half of huckleberry ice cream for desert! 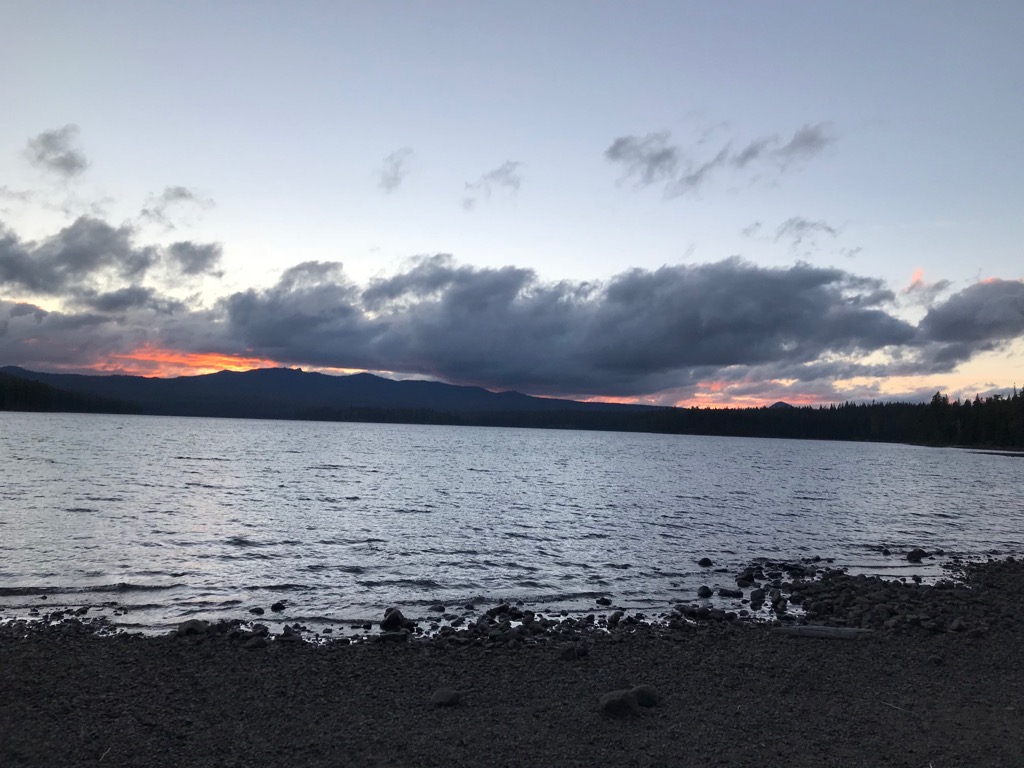 Coltus Lake is isolated and quite beautiful, particularly with the cloudy sunset we were treated to. 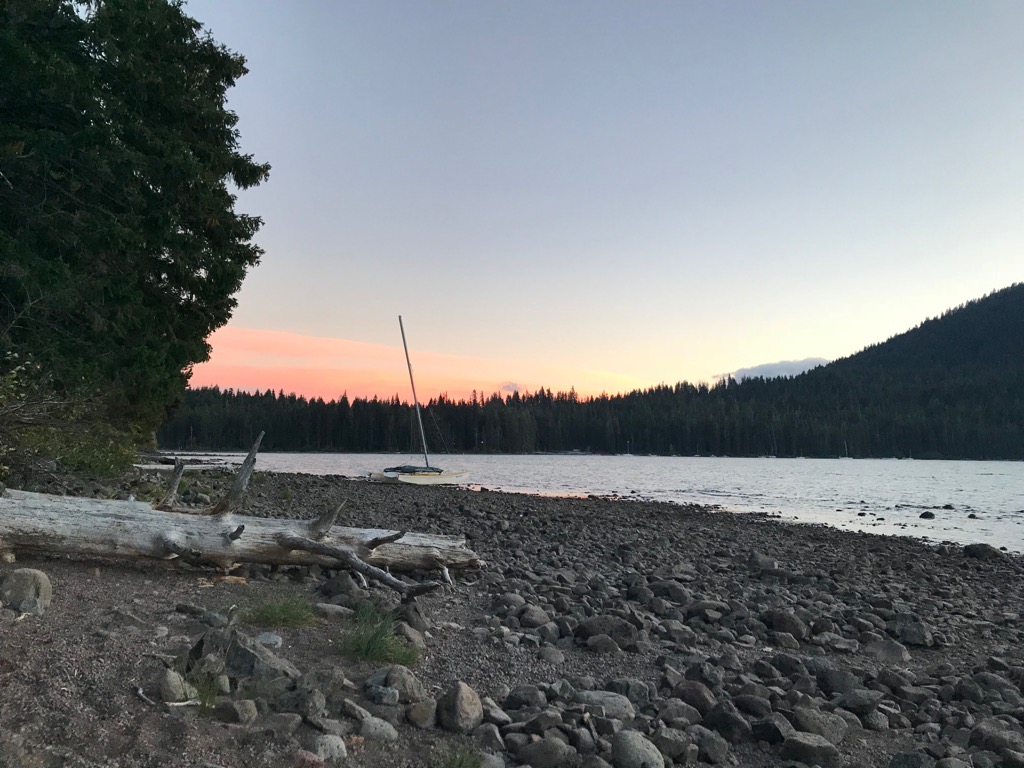 Monday’s riding was short and had a fair amount of transit along roads. The section of Metolius Windigo between Sparks Lake and Lava Lake was easily the best part of the ride, but camping at Coltus was an unexpected treat. The lake was idlic, there was almost nobody in the campground aside from us and aside from some winds in the evening it was a great place to camp.

One thought on “S2R Sparks Lake to Coltus”